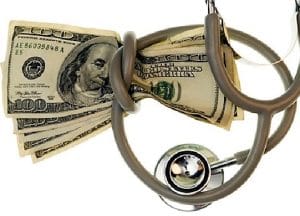 The 2016 Postal Service Reform Act (H.R. 5714) is pending before Congress and may be considered in the lame-duck session in December 2016. The bill would force age-65 postal annuitants to purchase duplicative Medicare Part B medical insurance, despite already paying for better insurance under the Federal Employees Health Benefits Program (FEHBP). Failure to pay premiums to both programs would cause these elderly pensioners to lose coverage under Medicare and the FEBHP. Both the purpose and the effect of the bill would be to transfer, at the expense of taxpayers, much of the cost of the FEHBP from the Postal Service and its employees to Medicare.

H.R. 5714 has been modified to add one major feature. The latest version would require each FEBHP plan serving postal employees and annuitants to provide drug benefits to postal annuitants through participation in the Medicare Part D prescription drug program, using a Part D feature called Employer Group Waiver Plans (EGWPs). EGWPs allow employers to shift retiree drug costs from their budgets and balance sheets to Medicare where the taxpayers pay for three-fourths of Part D prescription drug costs. The purpose is to encourage private employers to continue prescription drug coverage for their retirees and thereby reduce the number of elderly forced to enroll directly in Medicare Part D or lose drug coverage.

Part D EGWP participation would apply to all postal annuitants over age 65, virtually none of whom are currently enrolled in Medicare Part D. All FEHBP drug benefits are at least as generous as those in Part D, and most are better, so almost no federal annuitants currently enroll in Part D. Moreover, the Office of Personnel Management (OPM), the agency that administers the FEHBP, would dictate EGWP designs. One might assume that under OPM-approved EGWP plans, drug benefits would remain unchanged, with no additional cost to enrollees, but OPM could nonetheless decide to force changes in drug benefits and/or premiums.

There are about 500,000 postal annuitants and spouses age 65 or above (225,000 self-only enrollments and 135,000 family and self-plus-one enrollments averaging almost two age-65 persons per enrollment). In total, therefore, the annual EGWP subsidy (an estimated $1,750 per enrollee) from Medicare would be about $875 million if it were in place in 2016 and roughly $10 billion over the next decade. This would amount to a pure “transfer” payment from taxpayers (who pay roughly three-quarters of Medicare Part D drug costs) to the Postal Service and postal enrollees.

The modified proposal also maintains a feature of the current FEHBP program under which employees and annuitants are in the same risk pool and pay the same premiums in each health plan, regardless of age. Younger and healthier employees subsidize the costs of older and less healthy annuitants.

For example, health care costs for young adults average about $3,000 a year, and costs for those over age 65 average about $13,000 a year. Every enrollee in the risk pool pays the same premium, based on the average costs of both younger and older enrollees in the plan, including both employees and annuitants. Hence, the effects of savings as well as costs fall on the pool as a whole: The $875 million cost to Medicare represents savings to the Postal Service that would flow to all FEHBP enrollees, not just age-65 annuitants. Since about two-thirds of postal enrollments are below age 65, two-thirds of this saving would be credited to the Postal Service for employees and younger annuitants rather than to age-65 annuitants.

The demographic characteristics of the postal employees in the risk pool will raise overall premium costs for both employees and annuitants in the newly created postal risk pool by about $700 million a year. The bill’s proposed mandatory Part B enrollment will offset this by about $500 million a year from Medicare for the taxpayer share of Medicare premiums, and without the new EGWP feature, the bill would have increased rather than reduced Postal Service costs. As noted, Part D EGWP insurance will bring about $875 million from Medicare into the pool.

As modified, the postal risk pool as a whole will realize roughly $675 million a year net, with most of these savings accruing to the Postal Service itself since it pays about 75 percent of premium costs. In addition, about $140 million a year in premium costs will be imposed on the 93,000 age-65 annuitants and spouses who had previously chosen not to pay for Part B’s duplicative insurance. As noted, the current FEHBP practice of providing “free” physician and other outpatient health care to those who are enrolled in both programs, through a 100 percent wraparound, raises these costs by about 25 percent. These 93,000 new enrollees will therefore cost Medicare roughly $130 million annually for unnecessary medical care in addition to taxpayer-paid premium costs. Much of this cost would fall on Medicare beneficiaries, who pay one-fourth of Part D premiums.

From a longer-term perspective, the total present-value cost of future retiree health benefits to the Postal Service under current law (the unfunded obligation) is about $100 billion. About half of this is in arrears. H.R. 5714 proposes to transfer about $50 billion of debt to the taxpayers. This $50 billion in debt relief will also reduce the costs of postal fringe benefits in the same present value amount, thereby reducing the cost of future postal services to postal users by $50 billion. In effect, about $50 billion in postal costs will be shifted directly to the taxpayers from postal customers.

There would be other effects as well. H.R. 5714 would not require the Postal Service to allow annuitants to enroll in FEHBP plans with fewer than 1,500 postal enrollees. Of about 250 FEHBP plan options, fewer than 40 meet this threshold. Those with smaller enrollment are almost all local health maintenance organizations (HMOs). Depending on which plans either decided to leave the program or were forced to leave the program, all HMO options could be lost in as many as 35 states for both postal and non-postal enrollees.

Some postal annuitants would decide that it is better to suspend their FEHBP enrollment and enroll in Medicare Advantage plans rather than pay two essentially duplicative sets of premiums. Such decisions would reduce future Postal Service retiree health obligations, but they would also raise the average premium cost for the remaining postal enrollees, since no Medicare subsidies would flow into the pool from those who are suspending FEHBP enrollment. Perhaps for this reason, the most cost-effective way to reduce the unfunded obligation—encouraging annuitants to suspend FEHBP enrollment and join Medicare Advantage plans—is conspicuously missing from H.R. 5714.

H.R. 5714 focuses exclusively on postal annuitants, who are about one-fourth of all federal annuitants, but the entire FEHBP program is long overdue for reform of its Medicare interface. For example, if all age-65 annuitants, postal and non-postal, were offered health savings accounts of $1,000 a year for voluntarily choosing to enroll either in Medicare Advantage or in Medicare Part B and an FEHBP health plan option that did not eliminate cost sharing, very substantial reductions in wasteful health care overutilization from wraparound benefits would be created. If one million of the almost two million age-65 federal annuitants and spouses elected this option, cost reductions in wasted health care spending would approach or exceed as much as $1.5 billion a year. In addition, there are likely spillover effects from increases in Medicare Advantage enrollment in reducing costs in traditional Medicare that could amount to several billion dollars a year.

There are other alternatives that can be used to rationalize the Medicare/FEHBP interface for all annuitants, postal and non-postal. For example, EGWP authority could be used to create Medicare Advantage EGWPs. One variant of this approach would be to have FEHBP plans continue to offer the same plans and plan benefits to all enrollees at all ages, without 100 percent wraparound benefits, while qualifying for Medicare subsidies for those who elected to enroll in Parts B and D. Voluntary enrollment could be induced by health savings accounts, premium subsidies, or some combination.

The “reform” scheme in H.R. 5714 would essentially substitute Medicare financing from taxpayers for revenue financing by the Postal Service. Medicare Part D financing would more than double the magnitude of the charges to Medicare taxpayers compared to the Part B change alone. Taxpayer-funded Medicare would lose not only from the transfer of financing, but also from cementing in law and significantly expanding the wasteful overutilization of health care induced by 100 percent “free” physician care for those who are enrolled in both the FEHBP and Part B.

Two major policy consequences would likely follow. First, it would be hard to defend having Medicare subsidize physician and drug costs for all age-65 postal annuitants, with most of these subsidies reducing premium costs to the Postal Service for active employees and younger annuitants in the same risk pool as age-65 annuitants, without extending the same scheme to non-postal enrollees. In particular, EGWP drug plans, once created, could easily be modified to cover all age-65 annuitants at vast cost to Medicare to finance, in effect, federal employee fringe benefits. Second, cementing 100 percent wraparound benefits into statute for all half-million postal annuitants (including spouses) enrolled in Medicare Parts A and B would also likely strengthen opposition to future proposals to reduce or eliminate the wasteful effects of Medicare wraparound insurance under both Medigap and employer policies.

If H.R. 5714 were to be enacted, two things would be certain: Massive Postal Service benefit costs and obligations would be transferred to Medicare, and postal annuitants age 65 or more would be forced to pay premiums for two duplicative health insurance programs, rather than the one program and one premium, or lose all health insurance. The Medicare program’s already massive unfunded obligations would be increased by this shift, both through the transfer of Postal Service cost and through increased spending on overutilization of health care.

Source: Postal Service Health Benefits and Prescription Drugs for the Elderly in the FEHBP: Compounding the Problem
—Walton J. Francis is a Washington-based health care economist, who served at the Office of Management and Budget and the Department of Health and Human Services. He is the principal author of Checkbook’s Guide to Health Plans for Federal Employees.
Share
Tweet
Email