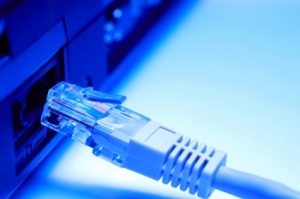 By Josh Hicks – February 13, 2015
Friday the 13th’s bad luck came a bit early for the U.S. Postal Service this week as a national computer outage hit the agency during a hardware installation on Thursday.

USPS spokeswoman Toni Delancey said Friday that the outage, which began sometime on Thursday afternoon, has affected the agency’s e-mail system and some retail services, but that mail delivery, mail processing and tracking and scanning services are unaffected.

“Most of the customer-facing operations are still up,” she said. “It’s not impacting the mail.”

Delancey said the outage is not the result of a cyber attack. She could not immediately provide details on the hardware installation that triggered the problems.

The Postal Service fell victim to a cyber attack last year, after hackers breached the agency’s computer network and compromised the data of more than 800,000 current and former employees.

USPS had said that attack was carried out by a sophisticated actor who did not appear to be interested in identity theft or credit card fraud. Experts have suggested that China may have been behind the intrusion as part of its effort to gather information for counterintelligence and recruitment purposes.

The Postal Service has said that no customer credit card information was stolen during last year’s breach, which the agency discovered in September.