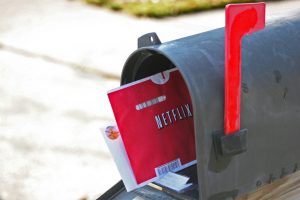 Q:  I’ve noticed that my Netflix deliveries are taking a day longer than they did a few weeks ago. For several years now, I have enjoyed a three-day turnaround on discs I return to Netflix. If I mailed a disc on Monday, I could look forward to receiving a new movie on Wednesday. Now it is Thursday before the next disc arrives. The local post office told me that the delay in delivery is caused by the closing of the U.S. Postal Service processing plant in Fayetteville. Consequently, the price of my Netflix service has, in effect, been raised because I am receiving fewer discs each month for the same fee. Is this delivery delay expected to continue? – F.M., Laurinburg

A:  Since we know absolutely nothing about this – I mean, I have yet to join the Blu-ray generation – Monica Coachman is being handed the reins to answer the question.

Coachman, who is a Postal Service spokeswoman, asked to first clarify a few things.

“First and foremost,” she said in an email, “the Fayetteville Processing and Distribution Center has not closed, so I regret the customer was given incorrect information. I will, however, say that the employee who told him that was likely referring to the change in Service Standard that was first announced in 2012, at the same time as the announcement of the decision to consolidate Fayetteville.”

On Jan. 5, the Postal Service implemented the change in Service Standard, effectively ending the expectation of overnight delivery for First Class mail, according to Coachman.

When the Postal Service announced the change, well in advance of its implementation, postal officials reached out to business customers to assist in managing their mailings to avoid significant service degrades.

Many business customers, she said, coordinated earlier induction times and others relied on technology to improve their service.

Netflix is among those companies using technology to ensure they provide the same reliable service to their customers, Coachman said.

“As recently as this week, USPS and Netflix changed processing methods, which will now allow Netflix to know precisely when a customer’s DVD has crossed mail processing equipment and is on its way back,” she said. “Once that notification is received, Netflix will induct the new DVD into the mail stream – before even receiving the original DVD in hand.

“Within the next 30 days, as all DVDs are fitted with the necessary technology,” Coachman said, “the reader and other Netflix customers should begin to notice a return to the previous service levels.”