“Veronica Danielson (“Danielson”) appeals the district court’s grant of summary judgment to the Postmaster General and the U.S. Postal Services San Mateo Information Center (collectively “USPS”). Danielson filed a retaliation claim under the Fair Labor Standards Act (“FLSA”), contending that after she had initiated a wage dispute through her union, her supervisors had engaged in certain actions that in the aggregate constituted an adverse employment action. Danielson pointed to four instances where supervisors stared at her in a “blatant” manner; eight instances where her requests for auxiliary assistance to finish her mail routes were ignored, denied, or only partially granted; and one instance in which Danielson received a letter of warning after failing to notify a supervisor that she had brought back undelivered mail from her daily route….” 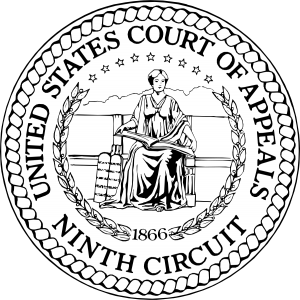 “…Most of the actions following Danielson’s protected activity, however, do not amount to an adverse employment action, even collectively. The instances of blatant staring may evidence a lack of good manners, but these events would likely not deter an employee from filing a grievance. Cf. Kortan v. Cal. Youth Auth., 217 F.3d 1104, 1112 (9th Cir. 2000) (declining to find that stares constituted an adverse employment action under Title VII). Furthermore, any burden stemming from the treatment of Danielson’s auxiliary requests would impact USPS rather than Danielson. Because Danielson’s hours were restricted, she could not be forced to work in excess of eight hours if denied auxiliary assistance. There is no evidence in the record that Danielson was reprimanded for failing to complete her route in eight hours or that she personally suffered any adverse consequences related to her requests for auxiliary assistance.

The only adverse employment action identified by Danielson is the letter of warning she received on January 25, 2016, after she failed to notify a supervisor that she brought back undelivered mail from her route. Danielson has acknowledged that she did not follow the proper procedures for bringing back undelivered mail on January 11, 2016. Furthermore, neither party disputes that the supervisor who issued the letter of warning was unaware that Danielson had contested her wages in November 2015. Thus, given these undisputed facts, Danielson’s protected activity was not a substantial motivating factor underlying this action. For these reasons, Danielson has not demonstrated retaliation under the FLSA, and USPS was entitled to judgment as a matter of law.”