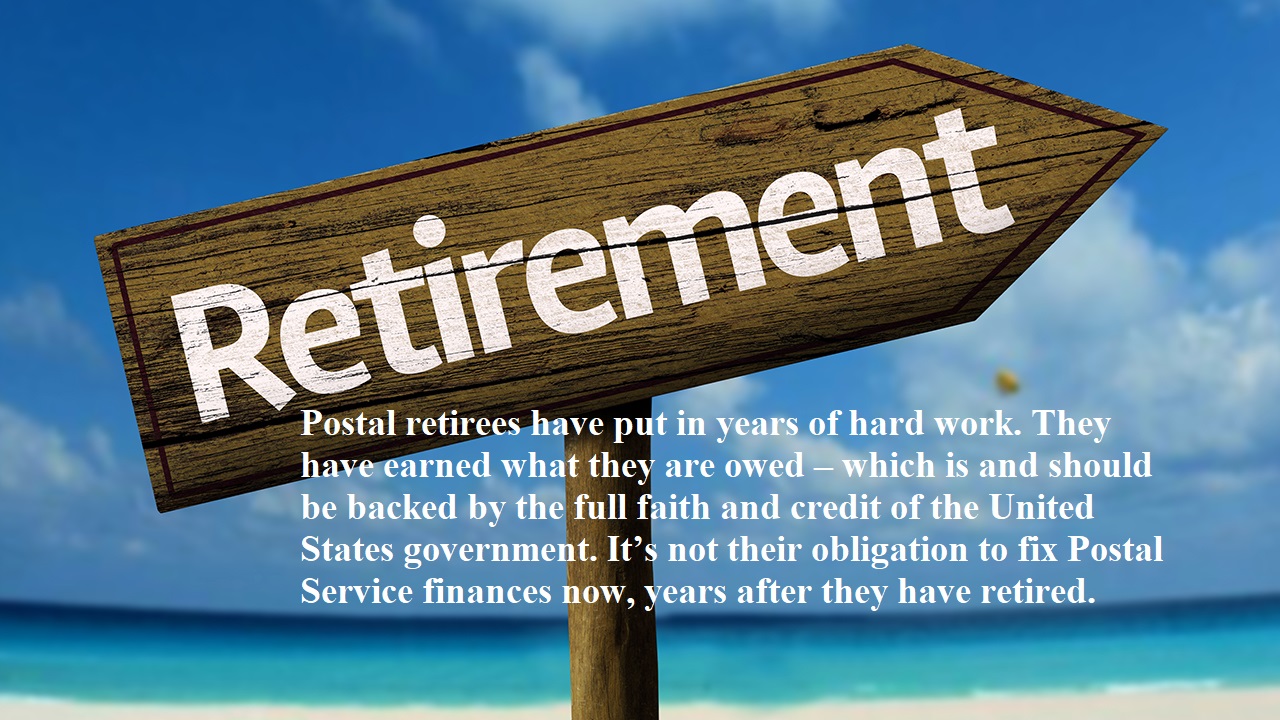 John Hatton – May 13, 2019
At last month’s postal hearing by the House Committee on Oversight and Government Reform, Postmaster General Megan Brennan reiterated support for so-called “full Medicare integration” as a major component of a solution to the Postal Service’s financial woes. This innocuous-sounding proposal has been included in every leading postal reform bill over the last several Congresses, and would provide a substantial source of financial savings for the Postal Service.

Unfortunately, this construct isn’t as harmless as the Postmaster General and other proponents would have you believe. And the lack of flexibility thus far toward changing the proposal has stalled advancement of legislative efforts that would have a real, positive impact on the Postal Service’s bottom line.

This mandatory Medicare enrollment proposal – which is what “full Medicare integration” really is – requires postal retirees to pay additional premiums through Medicare Part B for mostly duplicative health insurance or lose their earned retiree health benefits. This reverses the decision these retirees made to decline Medicare coverage and replaces it with a paternalistic government mandate, at significant additional cost to the retiree.

For organizations that represent postal retirees such as the National Active and Retired Federal Employees Association (NARFE), that’s a problem. From my experience representing their interests through NARFE, postal retirees care deeply about maintaining a strong and vibrant public postal service that meets the needs of American citizens. They believe that dependable mail delivery is an inherently governmental function.

But as employees of the Postal Service, they earned valuable pension and retiree health benefits, in addition to their pay, in exchange for years of hard work. They justifiably expect the U.S. government to live up to its end of the bargain. Changing their health benefits – and adding cost – for postal retirees after they have retired and are living on a fixed income fails to do so.

It would also set a dangerous precedent for other federal employees and retirees and for the basic trust that the federal government – directed by Congress – will keep its promises to all middle-class retirees.

Under “full Medicare integration,” a 90-year-old postal retiree and his wife, living on a fixed income and already paying around $6,700 per year for their popular Blue Cross Blue Shield standard plan, could be forced to pay another $3,200 a year to keep that coverage – close to $10,000 in premiums. That’s a lot, especially when these additional costs were previously declined and now must be absorbed while living on a fixed income.

While there are benefits to having both Part B and federal retiree health insurance – less out-of-pocket costs from co-pays and deductibles for most plans – it’s currently the retiree’s choice as to whether to accept that trade-off or not.

But there are ways to achieve substantial cost savings without mandating new costs for retired postal workers. Postal retirees could be given the option to enroll in Medicare without the late enrollment fees that currently apply. Or they could also be enrolled automatically with the opportunity to opt out. Postal retiree health plans could provide Medicare Part B premium credits to further encourage enrollment, as some current federal retiree plans already do. Or Congress could only apply the requirement prospectively to future retirees. While none of these options gained favor in past efforts, each new Congress and bill provides a new opportunity.

Postal retirees have put in years of hard work. They have earned what they are owed – which is and should be backed by the full faith and credit of the United States government. It’s not their obligation to fix Postal Service finances now, years after they have retired.

I hope this Congress finally agrees.

John Hatton is the Director of Legislative and Political Affairs for the National Active and Retired Federal Employees Association (NARFE).

3 thoughts on “Postal Reform Legislation Must Uphold Promises To Retirees”