By Katie Smith – July 22, 2016
SYCAMORE – The city’s police chief testified Friday that upon being pulled over, a federal postal inspector suspected of hiring a prostitute at a Sycamore spa showed officers his government credentials and asked for a “professional courtesy.”

Dean Kowalefski, 51, of Menomonee Falls, Wisconsin, was charged in June 2015 with soliciting a prostitute after police said employees at Spa One in Sycamore identified him in a photograph and said he gave a spa employee money in exchange for a sex act. The man’s attorney has argued police performed an unlawful search and seizure and arrested Kowalefski without a valid warrant while he was not committing a crime.

“We’re arguing that this was an unlawful stop,” his attorney, Clay Campbell, said. “That they kept him on the side of the road too long and we’re asking the judge to make a finding that they violated his rights by detaining him that long. We’re asking that the evidence against Mr. Kowalefski be suppressed.”

Sycamore police officer Stacy Binkowski and Police Chief Glenn Theriault testified Friday about Kowalefski’s arrest. Upon being pulled over, Kowalefski handed police his federal ID, and asked the Sycamore officers to do him a “professional courtesy,” Theriault said.

Throughout the duration of the hourlong stop, Kowalefski never admitted to participating in any illegal activity, Theriault said. He did, however, tell police he found the massage parlor on a website that Theriault said is known for advertising prostitution. 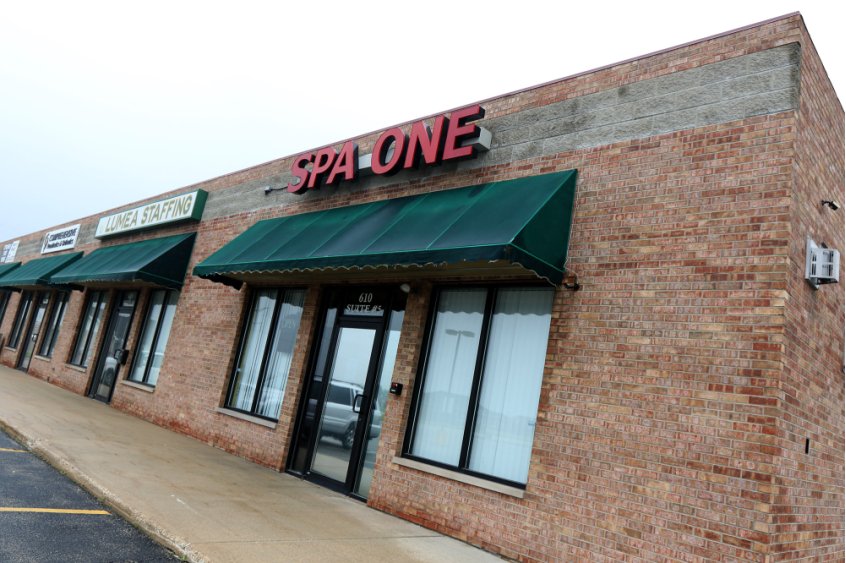 Police were watching Spa One for sometime, after receiving complaints from nearby residents about heavy traffic near it, Theriault said.

On June 11, 2015, police were parked outside the business, 610 Plaza Drive, Unit 5, Sycamore, where an investigation into possible prostitution was underway. Police took note of customers as they entered the business and stopped them for traffic violations as they left, Sycamore police detective Ryan Goodman said during a hearing June 21.

Campbell has argued that when officers pulled Kowalefski over for failing to use a turn signal, they violated his rights by further detaining him.

“Following the seizure of [Kowalefski] for the traffic violation, [Kowalefski] was detained for an unreasonable amount of time considering the nature of the traffic infraction,” Campbell wrote in a formal request to have the evidence suppressed.

It was Kowalefski’s “elusive” answers to basic questions, and the fact that he was driving a government vehicle, that made police suspicious, and begin probing further, Theriault said.

“At that point … he’s admitted to me and said to me, ‘Yeah, I was in there.’ Come on, don’t make me say this.’ That reluctance to say something, that type of an answer to me says there’s something that’s being hidden,” Theriault said in court. “There’s more to the story.”

When Kowalefski, after some hesitance, allowed police search his vehicle, officers found a large sum of cash in the car, multiple officers testified. Although the money was later confirmed to have come from a casino where Kowalefski told police he was gambling, at the time the postal inspector had no way of proving where the money came from, Theriault said.

“Is this a normal for nearly $6,000 in cash to be out there on the scene with no ability to be accounted for?” he said. “What do we do with that?”

Kowalefski declined to comment on if he is still employed as a postal inspector. He has been granted permission to leave the state in August to go on a cruise with his family.

The hearing will continue Sept. 16, when Campbell expects to call two more witnesses.