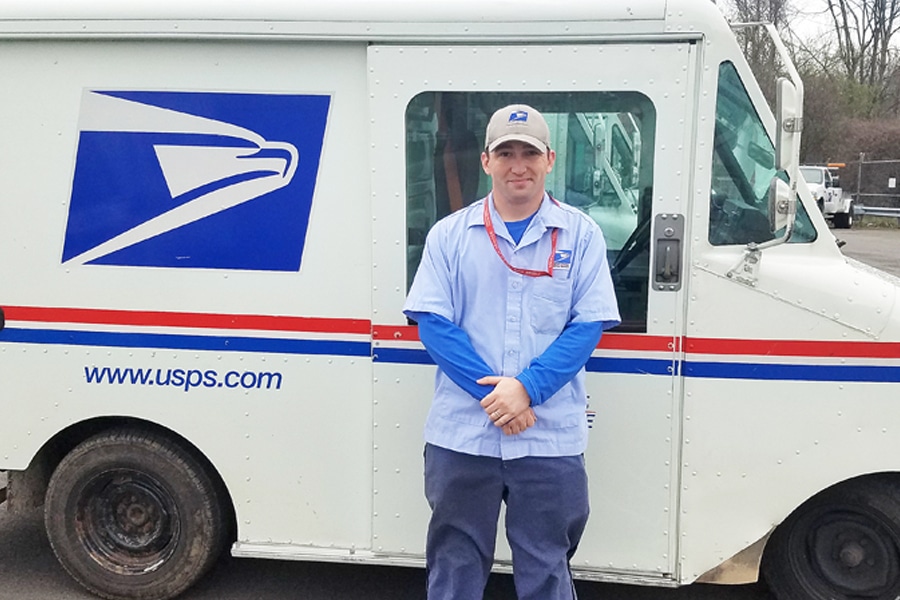 A Rochester, NY, postal employee is receiving praise on social media after he was photographed saluting the flag while making deliveries recently.

City Carrier Assistant Robert Franklin was finishing his Sunday deliveries when he saw a customer raising an American flag outside his home.

After asking if he needed assistance, Franklin, a U.S. Army veteran, stood at attention near his postal vehicle saluting until the flag was fully raised.

“Unbeknownst to me, a neighbor saw and took a photo,” Franklin said.

The neighbor, Michael Lempert, shared the image to Facebook and wrote: “Many thanks to retired U.S. Army sergeant Robert Franklin who is still serving his country, rain, sleet or snow.”

“I hope it encourages other postal employees to participate and share flag etiquette,” he said.

“It’s a way to show as an arm of the federal government, we are the stewards of these customs and courtesies.”