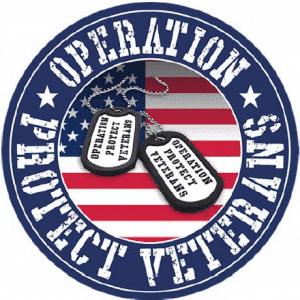 This year, National Consumer Protection Week (NCPW) runs from March 4–10, 2018, and the focus is on veterans. The United States Postal Inspection Service® and the American Association of Retired Persons (AARP) Fraud Watch Network have jointly launched Operation Protect Veterans — a national campaign to warn those who have served in the military about scams and fraud schemes that target veterans.

A new survey conducted by the National Opinion Research Center (NORC), a research organization at the University of Chicago, shows that veterans are frequently targeted by scam artists and victimized twice as often as the rest of the public. The goal of Operation Protect Veterans is to leverage the combined reach and communications capabilities of the U.S. Postal Inspection Service and the AARP Fraud Watch Network to help veterans avoid losing money to con artists.

According to the NORC survey, 16 percent of U.S. veterans have lost money to fraudsters compared to 8 percent of nonveterans. Veterans also report that they were targeted by a large number of scams directly related to their military service or the veterans’ benefits they receive. Eighty percent of the veterans surveyed said they have encountered veteran-specific scams.

The U.S. Postal Service® is the nation’s largest employer of veterans. Postal inspectors are warning Postal Service™ employees who have served in the military to watch out for the following veteran scams:

Operation Protect Veterans will use the following tools to raise scam awareness among veterans and their families:

A major component of the campaign also includes printed materials that the campaign will distribute to many of the Postal Service’s 37,000 offices.

“The U.S. Postal Inspection Service is committed to protecting veterans from scammers who prey upon them,” said Chief Postal Inspector Guy Cottrell. “Scam artists specifically target vets by using false claims of military service brotherhood. Patriotism among vets can be a powerful window into their hearts and wallets. We are working hard to inform Postal Service employees about scam artists who tailor their pitches towards former and active service members.”

For more information about scams targeting veterans, we encourage Postal Service employees and their families to use the following resources: