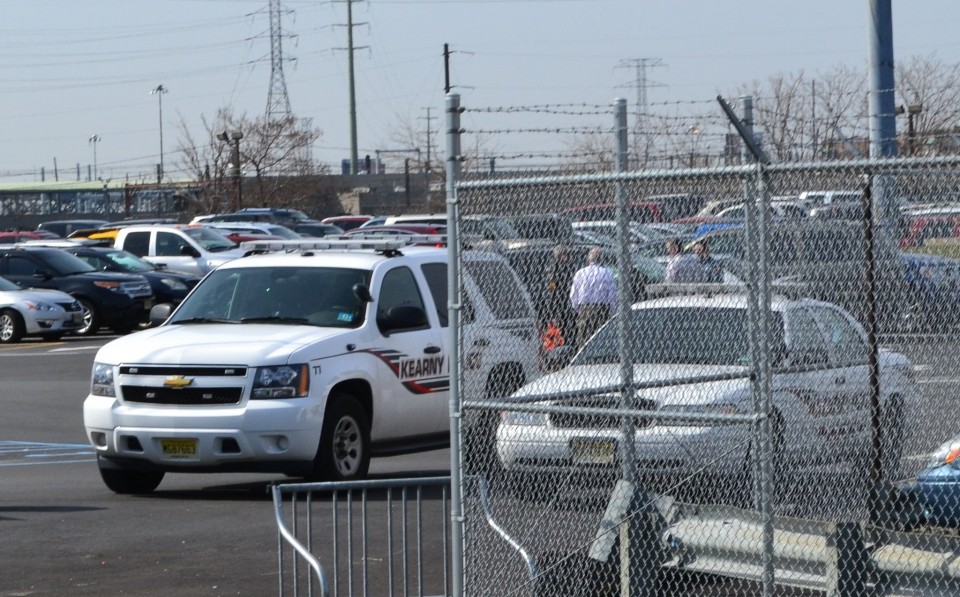 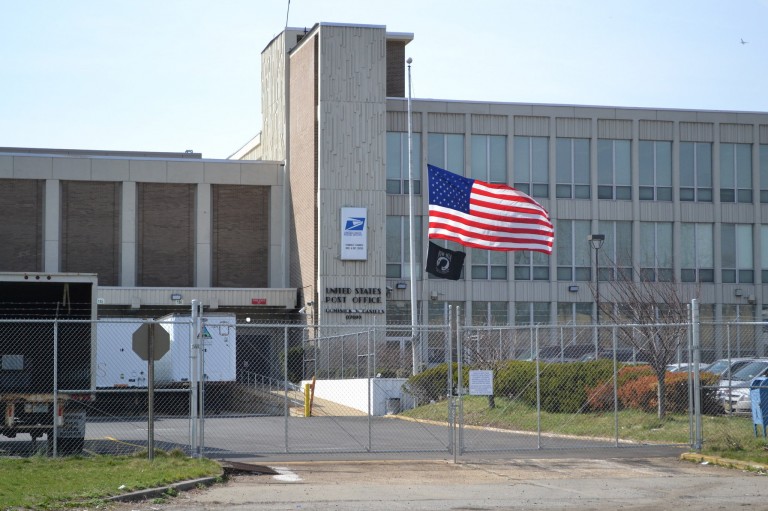 By Caitlin Mota – March 24, 2016
KEARNY — Police were at the Dominick V. Daniels Processing and Distribution Center this morning, continuing their investigation into Tuesday’s motor vehicle accident in which a postal worker was struck and killed.

Nadia Assad, 54, a clerk from Jersey City, died after being hit by a 2012 Nissan NV van early Tuesday morning as she made her way to the U.S. Postal Service building to start her work shift, police said.

This morning investigators could be seen in the parking lot of the facility. Kearny Lt. John Taylor said measurements were being taken in the lot.

A photo of Assad sat in the parking lot next to flowers that had been set up at the spot of the crash. Employees could be seen stopping at the memorial to say a prayer as they walked through the lot.

Though little information has been released regarding the fatal accident, Taylor said today that Assad was struck near a pedestrian exit of the parking lot at 5:42 a.m. after the van — driven by a male employee — turned a corner as he was looking for parking…

According to OSHA’s website the distribution center was last fined in 2012 for maintenance and construction of exit routes. Each fine was $4,000, but the facility informally settled the complaints and paid a $2,000 per fine.…