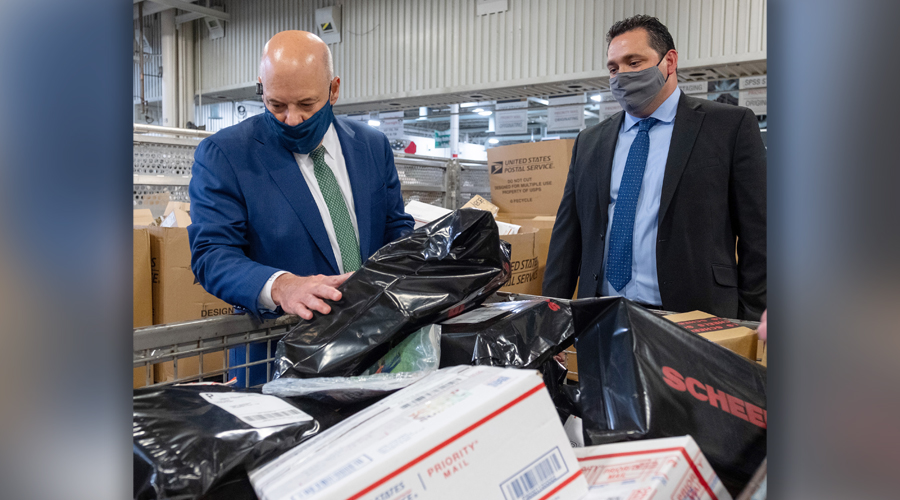 September 8, 2021
Postmaster General Louis DeJoy met and heard from USPS employees and stakeholders in Dallas as he promoted hiring efforts and investments that are key to preparations for the 2021 holiday season, the organization’s busiest period for mail and package deliveries.

He also visited Ohio, where he spoke in Sandusky before a national gathering of Postmasters and met with employees at facilities in Akron and Cleveland. 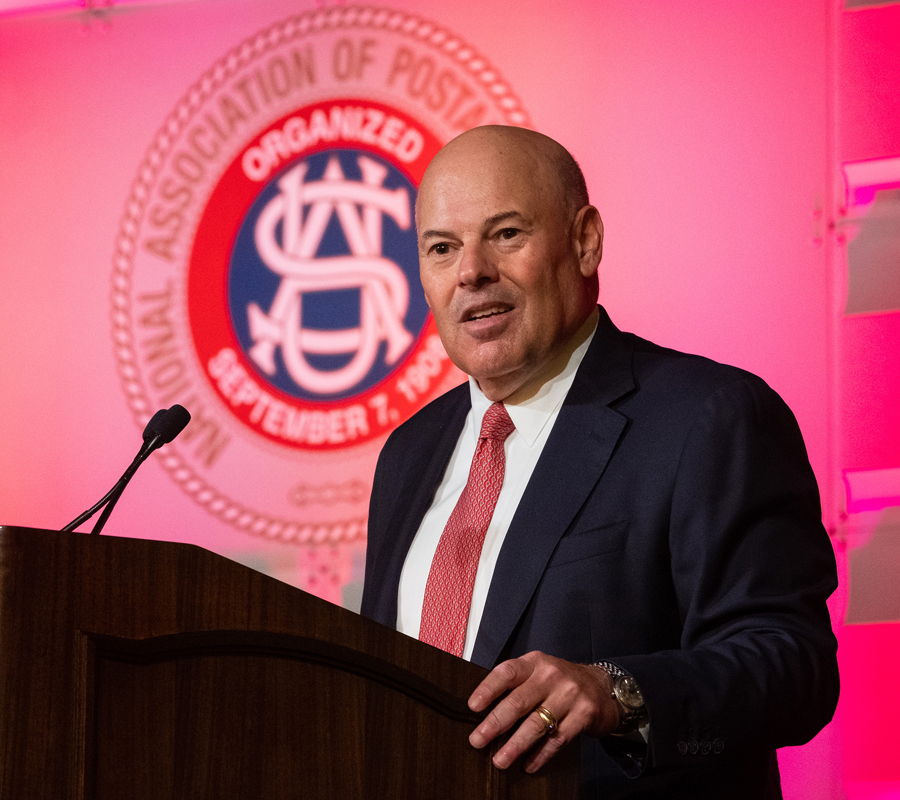 “I am energized by the conversations I have been having across the country with our great Postal Service employees, customers and stakeholders who care deeply about one of America’s most valued institutions,” he said. “With new investments and new hires, our leadership is positioning the Postal Service to deliver a successful holiday season for our local communities and the nation.”

At the North Texas facility, he met with operations employees to hear about the significant performance improvements resulting from the year-ago installation of a state-of-the-art small-parcel sorting system, the kind now being installed at more than 100 postal facilities this year as part of an network-wide investment being driven by Delivering for America, the Postal Service’s 10-year plan for achieving financial sustainability and service excellence.

The deployment of new package sorters will accommodate the higher volumes and increased customer demand for package deliveries that will come with the 2021 holiday season.

Since April, the Postal Service has installed 48 of 112 new package sorting machines, reflecting $40 billion of planned infrastructure investments during the next decade.

“Across our network, facilities and equipment have been added at a magnitude not endeavored here in a long time and at a pace that rivals any high-performing commercial enterprise,” DeJoy said.

He also greeted area job seekers at a career fair hosted by USPS.

Almost 550 job seekers attended postal career fairs in the Dallas-Fort Worth area last week, including more than 200 at the North Texas facility.

This year, the Postal Service plans to hire 40,000 seasonal employees for the holiday peak season.

USPS is holding free job fairs around the nation where attendees can immediately apply for seasonal, part-time and full-time jobs. Registration, social distancing and face masks are required to attend.

Said DeJoy: “It is an exciting time to be a part of the United States Postal Service.”