August 21, 2017, may turn out to be the most popular vacation-day request in history Michael Bakich writes in Astronomy magazine — so you may want to get that time-off request in early. The Washington Post has a guide to where you’ll be able to easily see the event. 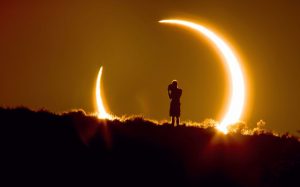 For the first time in 99 years a total eclipse of the sun will be visible across the United States, from sea to temporarily-not-shining sea. Millions of Americans will be in easy driving distance of a spectacle that has been called indescribable, unforgettable, even life-altering. The sun will disappear for about 2½ minutes, beginning in Oregon about 10:15 a.m. local time; the phenomenon will move eastward, ending an hour and a half later in South Carolina. In between, the eclipse will be visible from Grand Teton and the Great Smoky Mountains national parks, from St. Louis and Kansas City and Charleston, S.C., and all points in between.

The last time a total eclipse was visible coast to coast was June 8, 1918, and it was front-page news nationwide. If you don’t plan ahead, you could miss out on a once-in-a-lifetime opportunity. Indeed, look around the Internet and you’ll see that hotels and campgrounds along the 50-to-70-mile-wide path of “totality” have been booking up since May. 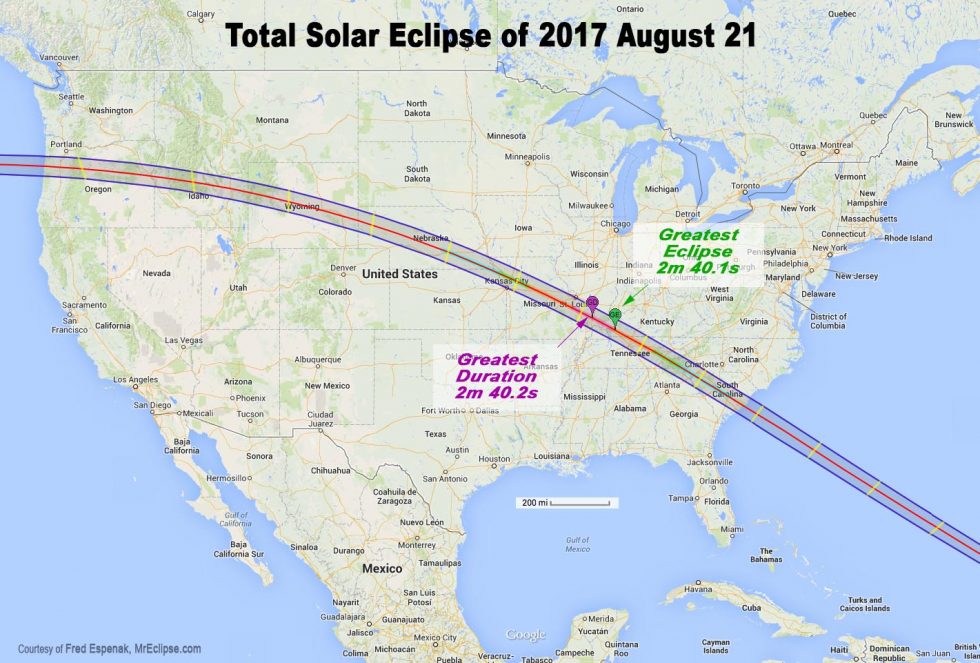