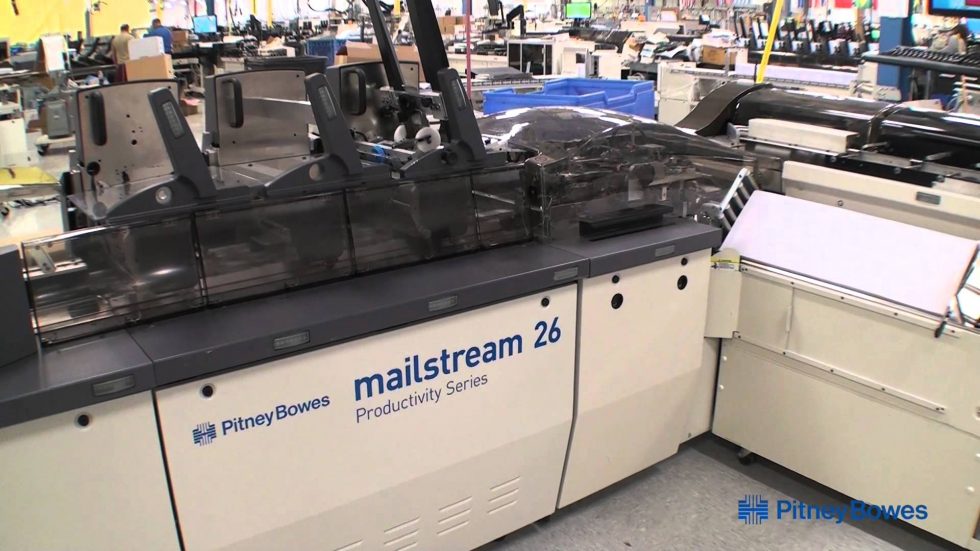 By Brian Baskin – March 25, 2016
Pitney Bowes Inc.’s postage meters have been fixtures in mailrooms around the world for most of the past century—and that’s a problem for the company.

The business sells or leases its machines, which weigh and stamp envelopes at high speeds, along with other mailing services to some 1.5 million customers world-wide, including about 90% of Fortune 500 companies. Three out of every four postage meters in the U.S. are made by Pitney Bowes, the company said. But postage meters are a tougher sell these days as banking, billing, advertising and just about everything companies used to send by mail goes online.

Sales at Pitney Bowes have fallen in four of the last five years, to $3.6 billion in 2015.

Over the last decade, U.S. Postal Service mail volume has declined by 48.5 billion items to 154.2 billion last year, and Pitney Bowes shares were down more than 40% over that period.

A revival in the mass-mailing business appears unlikely. 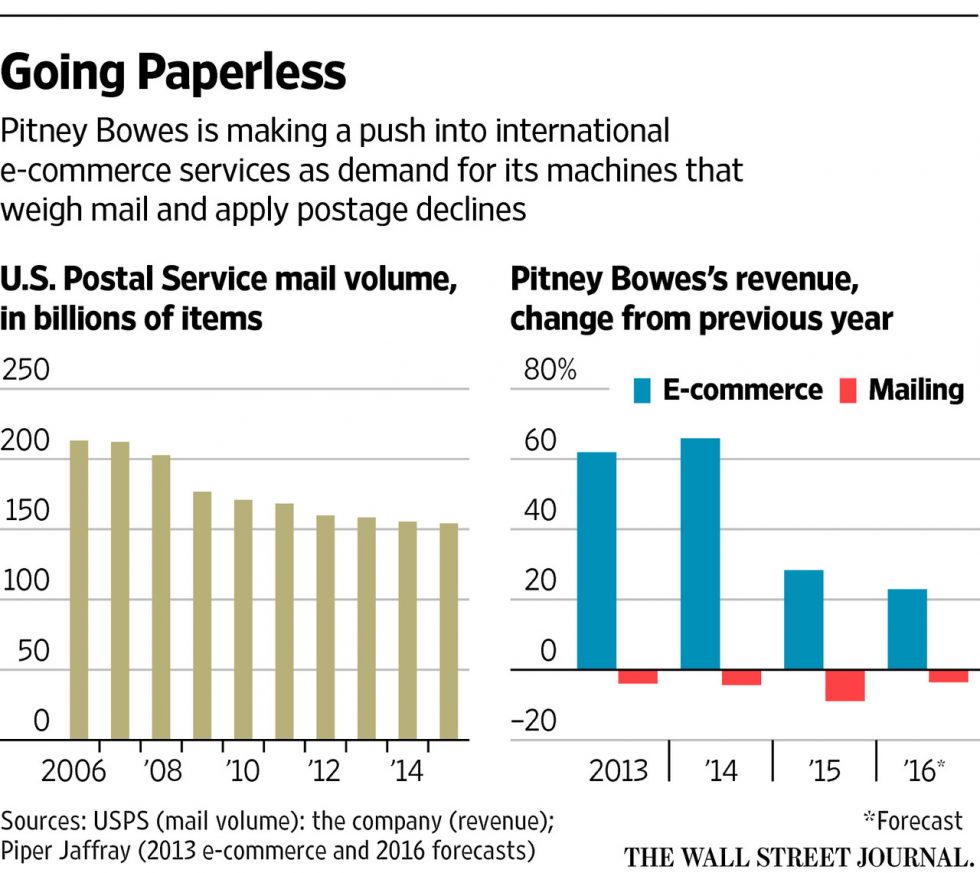