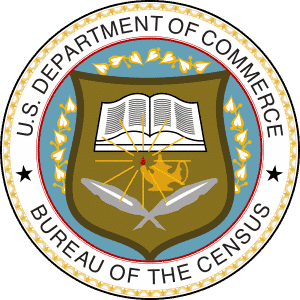 The U.S. Census Bureau proposes a proof of concept study on the use of United States Postal Service (USPS) Postal Carriers as Census Bureau enumerators as part of the 2018 End-to-End Census Test. The possibility of formally using Postal Carriers to conduct enumeration as part of Decennial Census operations has been proposed or suggested several times in recent years by Members of Congress, as well as other advisory and oversight bodies, in response to (1) the rising operational costs of both agencies, and (2) the need for familiarity with local addresses. The suggestions often note that the USPS maintains a permanent, well trained, and experienced labor force that possesses significant public trust and detailed knowledge of the addressing and residential patterns in communities they serve.

The rationale for this study is to test and observe the feasibility of the use of Postal Carriers as enumerators in the context of an existing Census Test, and, thereby, enable the Census Bureau and USPS to better respond to stakeholder inquiries about the feasibility of such activities. The potential long-term advantages to the Census Bureau include: (1) Leveraging local USPS knowledge about households to pinpoint the best time for an interview, (2) increasing the pool of enumerators without hiring new temporary staff, and (3) providing a more flexible landscape for how and when Nonresponse Follow-up (NRFU) interviews occur during the enumeration phase of a census.

The proposed evaluation and deliverables are:

(1) The numbers of resolved enumeration cases will be documented to determine whether Postal Carriers were able to successfully conduct assigned NRFU activities. Documentation will identify and describe challenges and opportunities for future collaborative participation in this operation.

(2) A report that details the development of baseline metrics to describe costs and benefits of a future collaborative operation. This study will determine the information needed to assess cost differences/savings to recruiting and staff-onboarding operations by using existing USPS employees, and the value added in terms of efficiency and quality of NRFU activities, measured by numbers of visits, of using Postal Carriers with local knowledge.

(3) Results of focus group debriefings held with the Postal Carriers, their managers, and the public after the 2018 End-to-End Census Test enumeration phase is complete to describe and characterize the impacts of this collaboration on agency operations and the public trust.

Documented operational Lessons Learned from the entirety of the project and recommendations for next steps will accompany the report. The outcome of this pilot study will provide the Census Bureau and the USPS with baseline descriptive and qualitative information that can be used to inform future field-based collaborations.

Census Bureau staff will train Postal Carriers to successfully conduct enumeration to complete the activity. Postal Carriers will be sworn to uphold the same confidentiality as Census Bureau employees. They will perform enumeration functions using the same procedures and automation as other enumerators during the hours of 5 p.m.-8 p.m. on weekdays, variable weekend hours, and both inside and outside the geographic constraints of their assigned routes.