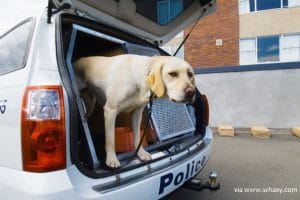 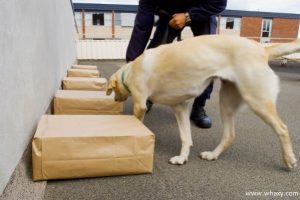 PORTLAND — The Oregon Supreme Court has ruled that a common practice of police pulling packages from the mail stream to investigate them for drugs is unlawful.On Thursday, the court ruled that Portland police and U.S. postal inspectors don’t have the right to flag packages without a warrant, The Oregonian reported.

The ruling comes in the case of Max Barnthouse, who was 26 in February 2012 when Portland police and a U.S. postal inspector set aside a package for him at the Portland International Airport postal cargo center. Investigators had a drug-sniffing dog smell the package and found there was something of interest in it.

Police then showed up at Barnthouse’s home in Portland’s Belmont neighborhood with the package and the urgent request to open it and to search Barnthouse’s bedroom. Barnthouse consented to both searches, and police found marijuana and cash inside the package.

Police said the procedures used in Barnthouse’s case were typical. On a given day, they usually pull about 30 to 40 suspicious-looking packages from the postal cargo center and walk a drug dog by them for a “sniff test.” The dog is correct about 90 percent of the time, an officer testified.

The court ruled the investigators did not have cause to pull the package in the first place and that they needed a warrant to do so.

Barnthouse’s attorney, Stephen Houze, applauded Thursday’s ruling, noting this is the first time the high court has ruled on the practice of police and postal inspectors pulling aside mail without warrants.