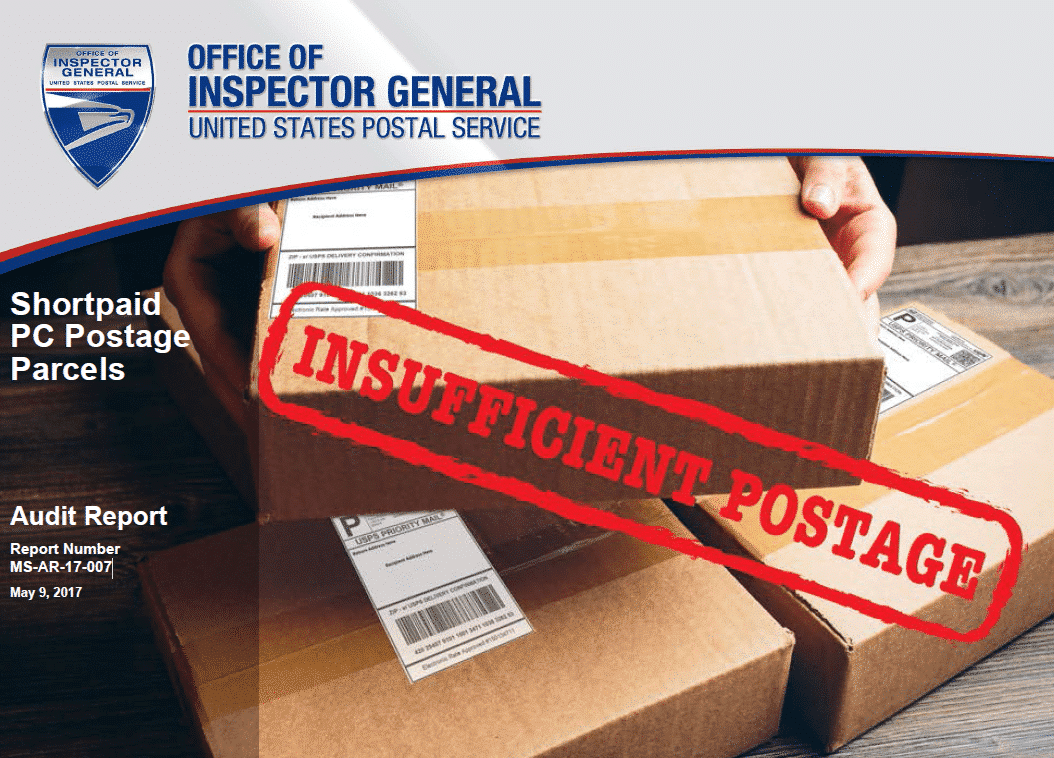 PC Postage customers establish an account – either on USPS.com or with an authorized PC Postage provider – and compute and print postage through the Internet using a computer and printer. PC Postage parcels are entered into the Postal Service mailstream via collection boxes, carrier pickup, and counters at Postal Service retail units.

In September 2013, we reported that the Postal Service’s internal controls for PC Postage parcels were inadequate and the Postal Service estimated $[redacted] million in shortpaid postage (postage that was either underpaid or not paid). We recommended corrective interim controls and automated systems. The Postal Service disagreed and instead decided to review its automated verification capabilities.

The Postal Service is currently developing an automated verification solution known as the Automated Package Verification (APV) system. APV would use data collected from mail processing equipment to automate identification and recovery of shortpaid PC Postage parcels. APV has a projected cost of almost $[redacted] million, and is expected to evaluate almost [redacted] percent of all PC Postage parcels for accurate postage. It was to be implemented in January 2017, but has been delayed to August 2017.

Our objective was to evaluate Postal Service controls to identify and collect shortpaid postage on PC Postage parcels.

The Postal Service expects APV to adequately address the risks associated with shortpaid PC postage. However, this system, which was originally scheduled to be implemented in January 2017, has now been delayed until August 2017. Although notable progress has been made in regard to some equipment development and systems integration, we believe APV implementation continues to be at risk for additional delays and issues including:

While we recognize the current challenges, we believe management should consider establishing additional interim controls while APV is being developed and deployed. These controls include leveraging resources, available data, and technologies, such as:

These interim controls would help identify shortpaid postage and provide an enhanced deterrent until APV is implemented. Also, once APV is implemented, these controls could be refocused on the [redacted] percent of PC Postage parcels that would not be tested using APV.