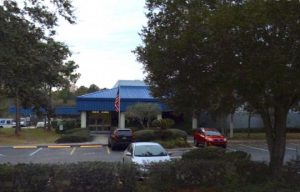 The case involves work assignments in Jacksonville, Florida, which has over 200 rural routes and 250 rural carriers. It’s the second largest post office in the country for rural delivery.

When rural carriers in Jacksonville return from their routes, they separate and sort the mail they’ve collected. It’s been that way for several years. But the APWU claims that members of its bargaining unit should be doing this work and getting paid for it, so the union filed a grievance against the USPS.

The APWU and the USPS scheduled an arbitration hearing on October 29, 2014, before arbitrator Harry Gudenberg. When the NRLCA received notice about the upcoming hearing, it sought “full-party status” in the dispute, including the right to participate in the selection of the arbitrator.

The October 29 hearing was postponed to give the parties an opportunity to work out their differences, but that effort was unsuccessful.  The USPS ended up refusing NRLCA’s request for a new arbitrator and instead went ahead and rescheduled the arbitration hearing for February 4, 2015, again with Mr. Gudenberg.

On Christmas Eve, the NRLCA filed a complaint with the D. C. District Court against the Postal Service and the APWU for proceeding in this manner.  The NRLCA also filed a motion requesting  a preliminary injunction blocking the arbitration hearing set for February 4.

That same day, the court granted the injunction, observing that the NRLCA “has a substantial likelihood of success on the merits and that plaintiff NRLCA will suffer irreparable injuries absent the issuance of a preliminary injunction.”

In its complaint, the NRLCA argued that it was important that no decision on the case be made over the coming weeks because a mail count is scheduled to begin on February 7.  The mail count is significant because it helps determine the annual salaries of rural carriers.  Every year, for a period of two to four weeks, rural route job functions are counted, timed, measured, and recorded, and the numbers are then converted into time (hours, minutes, and seconds), which is then used to compute the carrier’s annual salary.

The NRLCA argued that if Mr. Gudenberg were to rule that APWU workers should be doing the separation and sortation, they could very well be doing this work during the next mail count, which is set to begin on February 7.  Were the NRLCA ultimately to prevail on the case and retain the right to do this work, there wouldn’t be any data to use to compute their salaries.

On New Year’s Eve, the Postal Service filed its brief in response to the NRLCA’s motion for a preliminary injunction.  The USPS attorneys argued that the federal courts do not have jurisdiction to issue temporary or permanent injunctions to restrain arbitration in cases involving or growing out of labor disputes.

You can see many of the documents that have been filed on the case here.

via NRLCA, APWU, and USPS go to court over who sorts the mail | Save the Post Office.