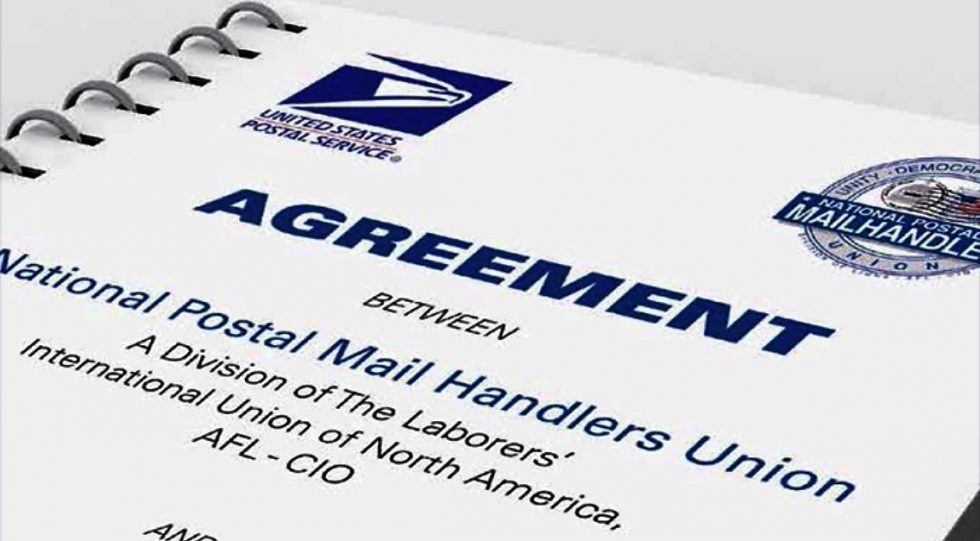 On December 16, 2016, the NPMHU and the Postal Service announced that they had reached a tentative agreement to establish the terms of their 2016 National Agreement. The agreement is subject to ratification by a majority vote of the Union’s membership. The balloting process will begin no later than early January, with a 30-day period for return of ballots.

The contract will cover a period of three years and four months. At its core, the tentative agreement will continue to protect the jobs and living standards of all career mail handlers employed by the Postal Service, both now and in the future. The agreement also has substantial improvements for more than 5,000 Mail Handler Assistants (MHAs).

The agreement also continues the pattern, starting in 2018, of increasing employee contributions toward health insurance by 1% per year (with no increase in 2017, but a 2% increase in 2018); and it includes, effective immediately, clothing allowance and a small upward adjustment in night shift differential (of 4 cents per hour) for MHAs and first-year career employees. The agreement also provides full no-layoff protection, consistent with prior practice, for career mail handlers.

With regard to workforce structure, there are two significant changes from the current contract. First, the tentative agreement includes a onetime conversion of MHAs into full-time career employees, which will take place 60 days after ratification. At that time, any MHA with 2.5 or more years as an MHA will automatically be converted to career status, and the Union expects that there will be hundreds of MHAs who will benefit from this provision. The National parties also will meet one year later to discuss the possibility of another one-time conversion in early 2018.

Second, the agreement will reduce the percentage of casual employees from 5% to 3% by Installation, and in return will increase MHAs by 3.5%. This will mean approximately 1,400 additional members of the NPMHU bargaining unit.

“Notwithstanding the expected increase in health care costs, this contract will provide all mail handlers, both career and MHAs, with substantial wage improvements over the next three years,” said National President Paul Hogrogian. “It once again confirms the pattern of general wage increases and full cost-of-living adjustments, and continues no-layoff protections for all career mail handlers.”

The tentative agreement also contains a long list of contract improvements, covering a host of subjects found throughout the National Agreement. In no particular order, here are some of the most noteworthy changes:

The complete details of the tentative agreement, including all language changes, will be included in the ratification brochure that will be circulated with ballots in late December or early January.

We thank the entire NPMHU membership for its continuous patience and support during the past eight months of negotiations.