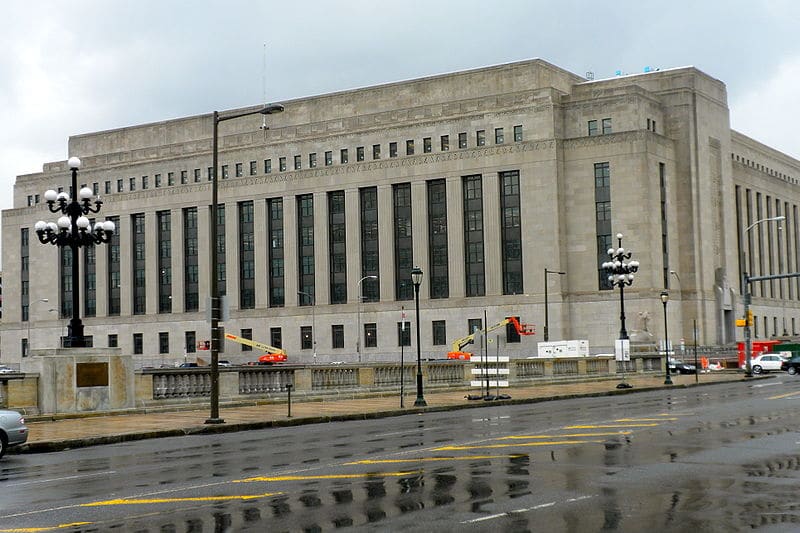 PHILADELPHIA – A former mail clerk from the United States Postal Service (USPS) who alleged discrimination and wrongful termination against the agency has had her claim defeated in federal court, due to not exhausting her administrative remedies.

The U.S. District Court for the Eastern District of Pennsylvania’s Judge Gerald J. Pappert ruled Friday that Ava Williams did not pursue all administrative avenues before filing her lawsuit and dismissed her discrimination claim under the Rehabilitation Act of 1973 outright, without leave for future amendment.

Williams worked for the USPS from June 9, 1984 until March 10, 2012. The USPS hired Williams as a part-time flexible mail clerk and promoted her to a full-time position in July of 1985. During her tenure, she worked at the USPS’s 2970 Market Street and 3000 Chestnut Street facilities in Philadelphia.

Prior to Williams’s employment with the USPS, she was diagnosed with epilepsy. Williams’s doctor provided medical documentation to the USPS which explained the nature and extent of her disability, as well as her need for reasonable accommodations. Therefore, Williams requested and received reasonable accommodations for her disability at the Market and Chestnut Street locations.

When the USPS needed its employees to rebid for their positions, it did not receive a bid from Williams and informed of her a future reassignment due to this omission. In July of 2010 Williams contacted an Equal Employment Opportunity Commission (EEOC) counselor regarding her reassignment, believing that it violated her right to reasonable accommodations under the Americans with Disabilities Act of 1990.

“The USPS in turn provided Williams with a notice to file a formal complaint. She never did so and the matter was closed without investigation,” Pappert explained.

In September of 2010 the USPS reassigned Williams to another facility, above her protest. The USPS sent Williams a letter on Jan. 11, 2012 which stated she could “apply for disability retirement, resign from the USPS and seek reemployment at a later date, request reassignment to another position or return to her current position with no medical restrictions.”

On March 10, 2012, the USPS terminated Williams for failure to meet attendance requirements. Williams’s termination letter stated in pertinent part she “failed to provide documentation or an acceptable explanation to support her absence…failed to apply for disability retirement, resign, request reassignment in another craft, or return to work in [her] position, as instructed.”

Represented by counsel this time, Williams again contacted an EEOC counselor on May 1, 2012, contending her removal was discriminatory and that a reasonable accommodations request she made on April 6, 2012 went unanswered.

On July 30, 2012 William Batcheller, an EEOC Alternative Dispute Resolution Specialist, informed Williams and her counsel that the USPS processed her informal complaint and that she could file a formal complaint – if she sent it to a P.O. Box operated by the organization in Tampa, Fla.

However, Williams instead sent the complaint to Batcheller in Philadelphia on Aug. 15, 2012. Batcheller forwarded it to Tampa two days later. On Sept. 5, 2012 the USPS dismissed Williams’s complaint as untimely.

Williams appealed this dismissal unsuccessfully, but did receive a right-to-sue notice from the EEOC on Nov. 7, 2014 – thus, Williams filed suit against the USPS’s then-Postmaster General Patrick R. Donahoe on Feb. 4, 2015, within the requisite 90-day limit to file a complaint.

“Williams alleged the USPS’s actions in failing to engage in an interactive discussion concerning her disability, provide her reasonable accommodations and terminating her on March 10, 2012 constitute separate violations of the Rehabilitation Act of 1973,” Pappert said.

Pappert explained the specific confines under which Williams could bring suit.

“Williams may only bring an action for disability discrimination against the USPS under the Rehabilitation Act of 1973. She must also exhaust her administrative remedies prior to suing in federal court,” Pappert said.

Pappert explained Williams had to consult a formal EEOC counselor within 45 days of any discriminatory event and file a formal complaint within 15 days of receipt of the right-to-sue notice. Pappert labeled a failure to exhaust administrative remedies as “grounds for dismissal of a complaint.”

“Williams succeeded in filing a complaint under the Act, but failed to exhaust her administrative remedies,” Pappert said. “Specifically, Williams failed to exhaust administrative remedies for the events that were the subject of her First EEO Action. She chose not to file a formal complaint, which is a condition precedent to filing suit in federal court relating to those events.”

“She also did not exhaust her administrative remedies for any events that occurred between her First and Second EEO Actions, as she failed to seek EEO counseling within 45 days of any event that occurred during that time frame,” Pappert stated. “As to the claims that emanate from her Second EEO Action, she failed to exhaust administrative remedies because she did not file a formal complaint within 15 days of receiving Batcheller’s notice.”

Though Williams believed equitable tolling should apply to her complaint, Pappert and the Court felt differently.

“Williams offers no facts that merit the application of equitable tolling to her claims. She does not argue that she was misled by the USPS or that she was in some ‘extraordinary way’ prevented from meeting the filing deadlines,” Pappert said. “While Williams is correct that her complaint arrived at Batcheller’s office in Philadelphia within 15 days, it did not arrive at the P.O. Box in Tampa until after the 15-day deadline had passed. Williams and her attorney failed to meet several statutorily-defined deadlines that are a prerequisite to filing suit in federal court. Her complaint must be dismissed for failure to exhaust administrative remedies.”

Pappert concluded by dismissing Williams’ complaint without issuing her leave to amend.

“Williams failed to exhaust her administrative remedies prior to filing suit in federal court and no amendment can change this fact. Any amendment would therefore be futile and the complaint is dismissed with prejudice,” Pappert said.

The plaintiff is represented by W. Charles Sipio and Wayne A. Ely of Kolman Ely, in Penndel.

The defendant is represented by Veronica Jane Finkelstein of the U.S. Attorney’s Office for the Eastern District of Pennsylvania, also in Philadelphia.