On Wednesday, February 24, 2016, APWU and NLRB took on USPS and Staples in the first day of the Hearing. NLRB Administrative Law Judge Paul Bogas, presided over the court. The proceedings were open to the public and attended by APWU staff and Stop Staples activists from New York City, Philadelphia and the DC – Nation’s Capitol areas.

Anton Hajjar, the lead attorney for APWU, gave a powerful opening statement and represented APWU quite well. Phillip Tabitta did a great job giving excellent expert witness testimony for the APWU in the morning session.

In afternoon testimony, a reference was being made to a confidential document that USPS objected to and from that point forward, anytime that document was to be discussed, the public had to leave the courtroom. Of course, I’m sure that document is the Retail Channel Strategy. I freely found and downloaded that entire document from the public NLRB website. I’ve made it freely available in a number of social media interactions since November 2015. Anyway, we had to leave for them to discuss it in “secret.” I’m sure Staples and USPS wish it were secret!  It specifically outlines the USPS plans for privatization and how important and necessary it is to do away with brick and mortar post offices and rely on “Retail Channels”. 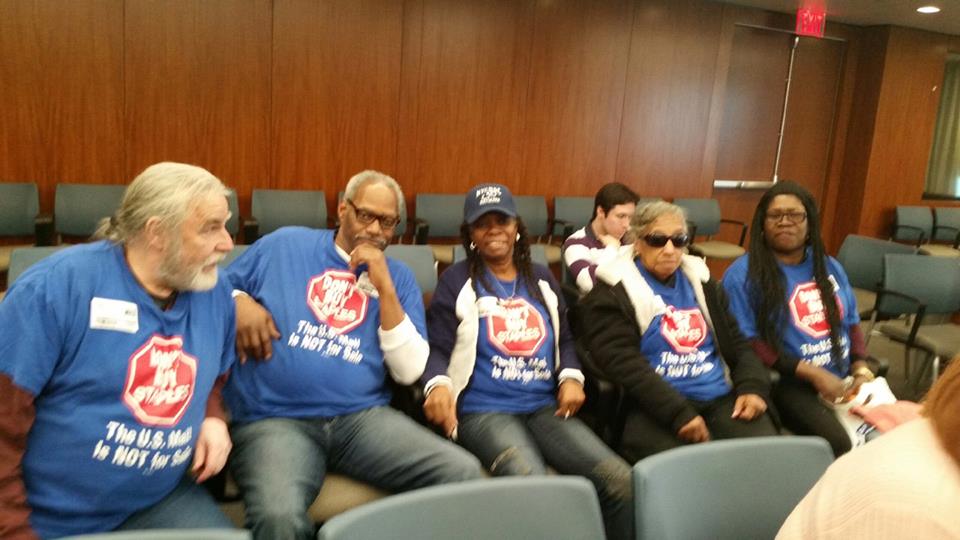 Related: NLRB Hearing on Staples Deal Finally Gets to the Heart of the Matter | APWU