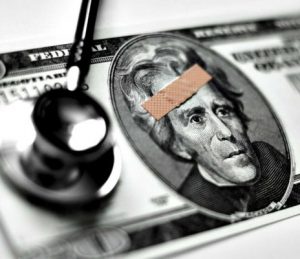 By Mike Causey – January 21, 2015
President Barack Obama’s proposal to give all American workers up to seven days of paid sick leave a year is mind-boggling — and welcome — to many people. Also …

It could launch a public debate over pay-pension-leave and health insurance perks offered by the government to its employees. Which in turn could make 2015 a year of job-related global warming for federal workers.

Many federal workers probably wonder what’s the fuss about giving people seven days of sick leave per year. That’s because Uncle Sam has long been ahead of his time when it comes to things like a generous leave package for workers: Like the standard federal 13-days per year of sick leave, in addition to a brand-new mandate that gives new federal parents up to six weeks of paid sick leave each year. For a look at the government package, click here.

Many people, especially in a white-collar, upper-income- dominated economy like Washington, D.C., don’t realize that many American workers don’t get any sick leave. Period. The rule is no work, no pay. In those companies that offer sick leave many limit it to five to seven days. Some allow employees to accumulate sick leave, others have a use-it-or-lose-it policy. In government it’s 13 days per year, and it can be carried over from year to year. At one time agencies gave out commendations to employees with 1,000 to 2,000 hours of leave. But it became so commonplace most dropped the honors ceremony.

Federal workers earn four hours of sick leave each (biweekly) pay period. Part-timers get an hour of sick leave for every 20 hours in a pay status.

There is, or at least was, a downside to letting people accumulate unlimited amounts of sick leave. Since it wasn’t credited toward retirement, many workers suddenly suffered failing health in their last year in government. Investigators suspected some otherwise healthy employees were using sick leave in their last few months on the job. Congress, the GAO and other groups investigated and found there was some truth to it.

The solution was to give sick leave added value. Congress did that by allowing employees under the old (but then dominate) CSRS retirement system to credit any unused sick leave toward retirement. Somebody with just over 2,000 hours (not that unusual) could get — and therefore a larger annuity — when they retired. Since those benefits are indexed to inflation, it is a very good deal.

The accumulated sick leave perk for CSRS employees was later extended, in stages, to workers under the now dominate FERS program. FERS workers retiring after Jan. 1, 2014, can credit 100 percent of their unused sick leave toward their service time.

It’s unlikely Congress will extend a government-style sick leave program to the private sector because of the price tag to private employers. There are even cost critics inside government. Soon-to-retire Postmaster General, Patrick Donahoe, wanted to eliminate the defined-benefit (FERS) retirement program for workers in the second largest federal agency. Under that plan future (reduced) retirement benefits for employees would come from Social Security and their investments in the Thrift Savings Plan.

Donahoe suggested that other federal agencies might want to consider revamping their pension programs. Several members of Congress are preparing legislation that would do just that.