APWU News Article – May 27, 2022
On May 24, 2022, Arbitrator Joseph M. Sharnoff issued a lengthy award on the APWU-NPMHU jurisdictional dispute over the Universal Sorting System (USS). Arbitrator Sharnoff upheld the Postal Service’s 2019 determination that all operations on the USS should be assigned to the Mail Handlers, except for the Scan Where You Band Operation which he determined to be properly assigned to the Clerk Craft.

The APWU put on several witnesses from the field over the course of 5 days of hearings.  The testimony established that despite being characterized as a machine that processes Non-Machinable Outsides (NMOs), the USS sorts and distributes a wide variety of parcels.   Further, we argued that the USS was an evolution of the Low Cost Universal Sorter (LCUS) and the High Speed Universal Sorter (HSUS) and that the Postal Service’s jurisdictional determination should be consistent with those machines—and that jurisdiction should be determined locally.  While acknowledging the validity of both arguments, Arbitrator Sharnoff still found that the Postal Service’s determination did not reach the high bar of being arbitrary, capricious, or unreasonable.

This was the third of four jurisdictional arbitrations presented to Arbitrator Sharnoff under the historic 2018 APWU-USPS-NPMHU RI-399 update agreement.  In the first two cases, the APWU has successfully defended Clerks continuing to work on the SPSS and the AFCS 200. Had the APWU prevailed in this case, additional work would have been added to the Clerk Craft as the USS had previously been assigned to Mail Handlers. Here, despite being unable to gain new work on the USS, this decision affirmed the Clerk Craft as the primary craft for the operation of automated Scan Where You Band units when attached to a USS.

Clerk Division Director Lamont Brooks said, “Although we did not gain any additional work for the Clerk Craft in this case, we did continue to be successful in defending the work that has already been assigned to the craft—in this case we were able to hold on to the Scan Where You Band work.” He continued, “I want to thank the members of the RI-399 Committee, Assistant Director Lynn Pallas-Barber and Ron Suslak for all their hard work on this case and our witnesses from the field who testified on behalf of the APWU.” 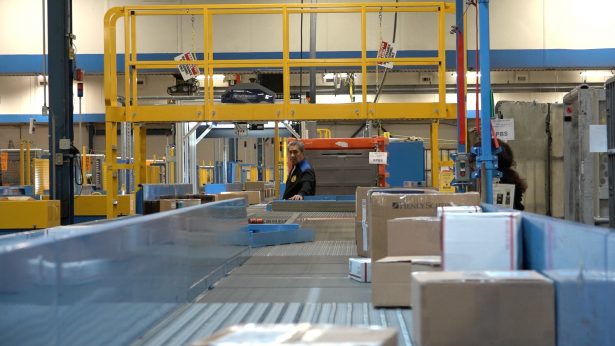