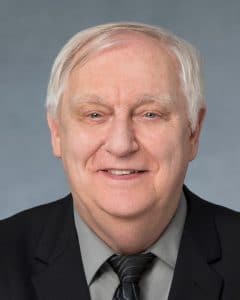 Alexandria, VA – – Federal retirees received bad news today with the announcement of the 2017 cost-of-living adjustment (COLA), said National Active and Retired Federal Employees Association (NARFE) President Richard G. Thissen. The U.S. Bureau of Labor Statistics (BLS) announced that COLA to federal civilian and military retirement annuities and Social Security benefits in 2017 the will be 0.3 percent. “Not only is the COLA increase unrealistically low and not reflective of the expenses faced by seniors,” Thissen said, “hundreds of thousands of federal retirees enrolled in Medicare will see a significant decrease in their annuities for the second straight year, due to the so-called ‘hold harmless’ provision of Social Security law. NARFE is continuing to seek congressional action to fix this unfair disparity.”

However, the remaining 30 percent of Part B beneficiaries who are not held harmless, including federal retirees who are covered by the Civil Service Retirement System (CSRS) and who do not receive Social Security benefits, will shoulder the bulk of the cost of the 2017 premium increase. As projected by the Medicare Trustees, these individuals will see their premiums rise significantly. Without the effect of the hold harmless provision, there would be little to no increase in the standard Medicare premium.

“It is grossly unfair that those who pay their premiums from something other than Social Security must pay more in premiums,” Thissen said. “There is no reason why two people with the same income should pay different Medicare premiums based on whether the money is coming from a Social Security check or a federal annuity.”

Thissen went on to say: “When it was announced in 2015 that there would be no COLA in 2016, Congress acted swiftly to limit the projected increase from 52 percent to 15 percent for those not held harmless. While this agreement wasn’t perfect, it provided some relief to federal retirees. NARFE implores the White House and Congress to once again prevent this unfair and disproportionate Medicare premium increase for federal retirees and millions of others. Both the Administration and Congress have the authority to keep the increase from going fully into effect, and I urge them to do so quickly.”

NARFE joined with 74 other organizations urging Congress to take action in a letter to congressional committee leaders. The letter states, “As it did in 2015, Congress should make it a priority to shield people with Medicare from the unintended consequences resulting from the application of the hold harmless provision. No beneficiary should be forced to pay more than they otherwise would simply because some beneficiaries are afforded critical protections against reductions in their Social Security checks. We urge Congress to act accordingly and swiftly following the announcement of the 2017 COLA. The longer Congress delays, the more uncertainty for our nation’s retirees, people with disabilities, and their families who are counting on you.”

Thissen also commented on the COLA formula itself, the Consumer Price Index for Urban Wage Earners, CPI-W, which clearly does not reflect how seniors spend their money, particularly in light of recent Medicare premium increases. “Today’s news also highlights why Congress should require use of the CPI-E as the measurement for setting COLAs,” Thissen said. “The current measure, the CPI-W, fails to accurately reflect changes in consumer prices experienced by seniors, particularly those related to health care.

“In addition to a large increase in Medicare premiums, federal retirees face an average increase of more than 6 percent in their Federal Employees Health Benefits Program premiums in 2017. And both of these increases come on top of an average increase of 83 percent in the Federal Long Term Care Insurance Program premiums, which will take effect in November. Given the large increase in health care and insurance costs, it is crystal clear that the current formula does not accurately reflect how seniors spend their limited annuities.

“Any COLA measurement must account for how seniors spend their money. This announcement also clearly shows a need to put to rest the idea that the federal government should save money on the backs of seniors by moving to the Chained CPI as the COLA determinant for federal benefits,” Thissen concluded.

Source: NARFE
The National Active and Retired Federal Employees Association (NARFE), one of America’s oldest and largest associations, was founded in 1921 with the mission of protecting the earned rights and benefits of America’s active and retired federal workers. The largest federal employee/retiree organization, NARFE represents the retirement interests of nearly five million current and future federal annuitants, spouses and survivors.

Related: OPM: Average FEHB premiums to increase by 4.4 percent in 2017