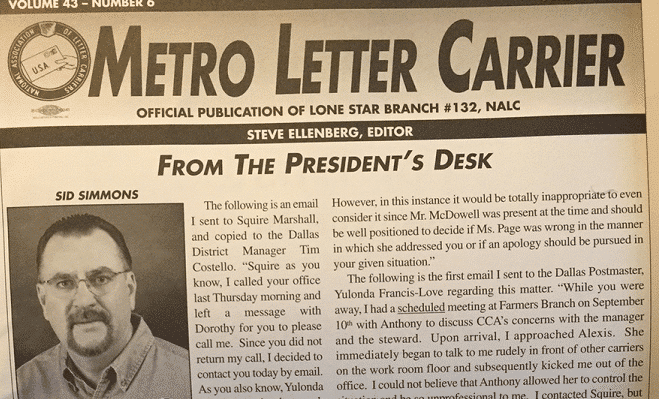 October 28, 2015
Sid Simmons, president of NALC Branch 132 in Dallas, is demanding an apology from a station manager over alleged mistreatment received after visiting a Farmers Branch post office to investigate possible mistreatment of CCAs. If the treatment Sid received is any indication, it wouldn’t be surprising to learn the CCAs may have received some of the same attitude.