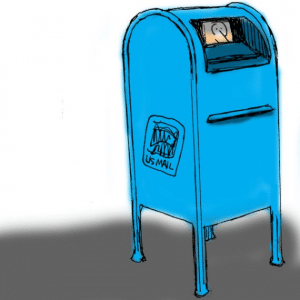 A June 29 BDN OpEd cast the problems with the U.S. Postal Service somewhat oddly, suggesting the issue is that the Heartland is experiencing slower mail deliveries so the “Postal Service can deliver chocolates, flowers or teddy bears in San Francisco.”

There are various misconceptions about the Postal Service — though few this creative — so perhaps it’s time for some straight talk about the actual situation.

Degradation of service affects everyone, whether in downtown Bangor or rural Maine — or in San Francisco, for that matter. When mail-processing facilities close, people face delays in mail they’ve sent or are expecting.

If Saturday mail delivery is eliminated, as some lawmakers in Washington, D.C., propose, small businesses in Bangor — or Manhattan — won’t receive weekend checks or orders. And veterans, the elderly and millions more would wait longer for government benefits or other important items.

Similarly, if door-to-door delivery ends, people everywhere would be compelled to traipse around neighborhoods, often in inclement weather, seeking a cluster box.

Here’s the bottom line: Threats to mail service target everyone, not just specific regions or types of people. The real question is why Americans’ mail service is threatened and what can be done about it.

Conventional wisdom would say this: The Postal Service is losing billions of dollars a year because everyone’s on the Internet, plummeting mail volume produces massive red ink, taxpayers are on the hook, so cuts in service are imperative.

But every part of that is demonstrably false.

For starters, postal operations are profitable. The Postal Service reported $1.4 billion in operating profits in Fiscal Year 2014, a figure already surpassed halfway through 2015.

Why? After dropping during the worst recession in 80 years, mail revenue is stabilizing amid an improving economy. Meanwhile, as folks in Bangor and Portland shop online, skyrocketing package revenue makes the Internet a net positive and augurs well for the future.

Moreover, taxpayers aren’t involved with postal finances — by law, the Postal Service earns its revenue by selling stamps and services.

There is red ink at the Postal Service, but it’s unrelated to the mail or the Internet. Rather, it stems from Washington politics. In 2006, a lame-duck Congress mandated that the Postal Service prefund future retiree health benefits. No other entity has to prefund for even one year; the Postal Service must prefund 75 years into the future and pay for it all over a decade. That $5.6 billion annual charge is the red ink.

Some in Washington hope to use this artificial financial “crisis” to achieve something they’ve long sought — destroy a popular public agency, even turn its duties over to private corporations.

To do so, they need you to believe that services you rely on are the problem — hence, that your mail must be slowed, your delivery days reduced, your door-to-door service ended.

But degrading postal networks that have returned to profitability is illogical. It would needlessly hurt people, whether on farms, in small towns or in cities. It would hurt the Postal Service’s bottom line by driving mail away. It would ignore the actual problem — the prefunding mandate. And it would cost Maine jobs. The national mailing industry, dependent on a robust, six day per week Postal Service, employs 7.5 million Americans in the private sector — including 49,060 Mainers.

Still more is at stake. The Postal Service, based in the Constitution, unifies this vast nation. It’s the largest employer of veterans. Every day on their routes, letter carriers protect people and neighborhoods, saving elderly residents who’ve fallen or taken ill, removing people from burning cars after accidents, finding missing children or stopping crimes in progress. In May, letter carriers again conducted the country’s largest single-day food drive, restocking food pantries in every community.

Mainers should urge their congressional representatives to preserve the postal networks while addressing the prefunding fiasco. Then the Postal Service can continue to offer Americans, whether in our biggest cities or our smallest towns, the world’s most-affordable delivery network.

Fredric Rolando is president of the National Association of Letter Carriers in Washington, D.C.