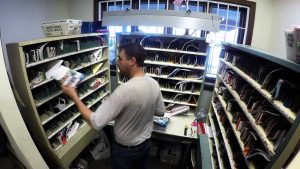 U.S. District Judge James E. Boasberg concluded that the court lacked jurisdiction to issue the preliminary injunction that NALC requested, which would have halted the Initiative pending the outcome of the national-level arbitration. The arbitration is presently scheduled to begin November 22, before national arbitrator Shyam Das.

The court reasoned that a preliminary injunction halting an employer action pending arbitration is only warranted when the employer’s action would render the arbitration “meaningless.” The court concluded that a preliminary injunction was not warranted here because Arbitrator Das will have the authority (if he rules for NALC) to find that the Consolidated Casing Initiative violates the National Agreement and to order USPS to end it.