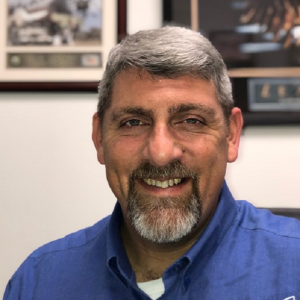 The USPS may finally get the much-needed help it’s been seeking. With HR 2382 now having a majority of support in Congress, Congress has the chance to fix the harm they have created. Although HR 2382 is very vague in its description, it will eliminate the pre-funding that has crippled the USPS.

By my estimation the USPS has saved between 49 and 51 billion dollars for pre-funding. If HR 2382 becomes law, that money that the USPS has saved could be used to fund retiree healthcare premiums from anywhere between 10 to 15 years depending on the market. This would give the USPS 10 to 15 years to get on track. When the fund is depleted the USPS could then return to the “pay as you go “method like it was before the pre-funding mandate. The “pay as you go “method was the customary way the USPS paid for the retiree healthcare and worked for decades.

If HR 2382 becomes law, there will be no reason for the USPS and the APWU to push for FORCED MEDICARE INTEGRATION. Forcing Medicare on to the retirees simply offsets the cost to the taxpayer. It is my opinion we could no longer tell the public we are not taxpayer funded if they are covering the retiree health care through forced Medicare integration.

The PMG as well as all the unions continue to push forced Medicare integration even after HR 2382 was introduced. Personally, I’ve never understood why they see this as a fix when it will open the door to legislation to take FEHB away completely from retirees in the future. One thing as a union leader I cannot wrap my head around is, the words Forced and Union in the same sentence.

A Union is supposed to protect your rights and choices such as opting out of Medicare as a federal employee at the age of 65. Yet we see the APWU justifying FORCING Medicare on retirees and taking their choice away. If and when HR 2382 becomes law, there will be no reason to continue down the path of Forced Medicare Integration. I have been very outspoken very the past several years about the anti-union approach to force Medicare on our retirees who have opted out. With HR 2382 being introduced in May of 2019, I would have thought the APWU would have backed off the forced Medicare issue. As you and I both know, they haven’t.

It’s my opinion this would have been a great talking point to convey to members. If we can get HR 2382 passed, our retirees wouldn’t be harmed by forced Medicare integration. The APWU has been silent about this. I find this very troubling. The time has come to change the leadership at the APWU, and elect members that will fight for you and the retirees. Tony McKinnon, Sam Wood and I have been against the push for forced Medicare integration from day one. We believe the APWU should be fighting and protecting its members and retirees, not simply throwing them under the bus.