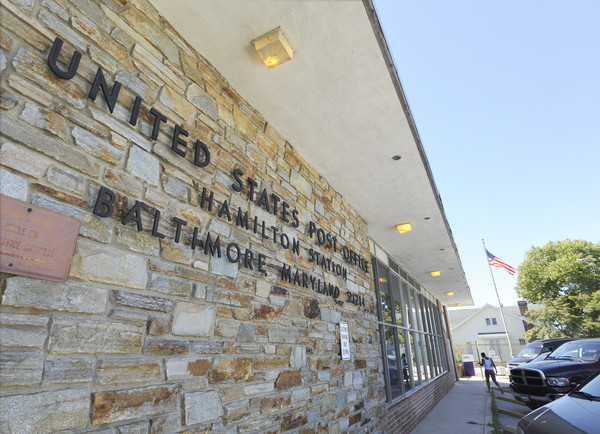 Lorraine Mirabella – January 9, 2016
For Ashley Worthington, life as a Postal Service worker used to come with too much uncertainty.  As a “postal support employee,” she said she never knew when she’d work or how many hours. She never knew if her pay would cover her bills. To make ends meet, the single mother of three had to take a second job.

But in mid-November, Worthington, 29, who works as a clerk at the incoming mail facility in Linthicum, was promoted to a “career” postal employee. She now works a regular 40-hour shift, with two days off and improved benefits. She gets overtime after eight hours in a single day — not after 40 for the week — and is paid extra for working Sundays. “It’s a big difference,” Worthington said.

More than 25,000 postal support employees in a range of jobs have been converted to permanent career worker status since May 2011, when the classification took effect, according to the American Postal Workers Union, which represents more than 200,000 clerks, custodians and drivers. That’s a milestone, say union officials, who advocated for creating a path to career status.

“This is a life-changing event for the workers who were converted and their families,” said Mark Dimondstein, president of the union, in a statement. “It means more stability and greater financial security.”

The category was created through a collective bargaining agreement reached in 2010 between the union and the U.S. Postal Service, allowing for staff that could supplement the work of permanent employees. At the same time, the “casual” — or temporary — employee category was eliminated.

Since then, other postal worker unions — representing letter carriers and mail handlers — have eliminated or reduced the number of casual workers in favor of new classifications with improved benefits and paths to career employment, said Mike Gallagher, the union’s eastern region coordinator.

Postal Service officials have said the 2010 contract with the American Postal Workers Union gave them more flexibility to match the agency’s workforce with the workload at a time when mail volume and revenues have been shrinking amid shifts to digital communication and competition with private carriers.

“This is a responsible agreement that is in the best interest of our employees, our customers and the future of the Postal Service,” Patrick R. Donahoe, former postmaster general, said in announcing the contract.

More than 17,000 postal support employees represented by the American Postal Workers Union run post office windows, operate equipment in mail processing centers, drive trucks or work on maintenance or custodial staffs. Support employees — entry-level jobs that require an online test, background check and drug testing — can be hired for terms of up to 359 days a year, then must be rehired for another term, Gallagher said.