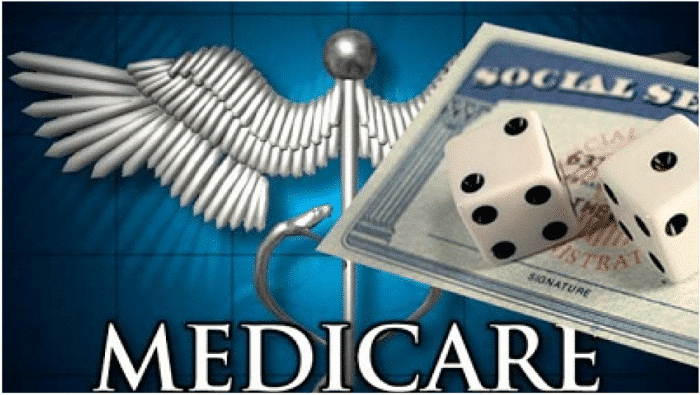 By Ross Marchand – August 8, 2017
Medicare’s breaking point is nigh, with the program’s trustees projecting that solvency will only last until 2029. For American adults that will be dependent on the program in twelve short years, the trustee’s grave prognosis is a cause for alarm.

But, at a time when program expenses need to be minimized in a delicate balancing act, more costs may be offloaded onto Medicare by the United States Postal Service (USPS) through reckless congressional actions. In introducing the Postal Reform Act of 2017, lawmakers hope to use Medicare funds to bail out the retirement funds awash in red ink at the USPS. But adding billions of dollars to an already-beleaguered program is simply the wrong solution to a longstanding problem.

The USPS, a protected government monopoly, can’t seem to get their finances in order. In addition to over $50 billion in losses over the past decade, a report released in May by the USPS Office of the Inspector General (OIG) examined the large retirement liabilities that lie at the heart of the USPS’s burgeoning debt. These costs have swelled since 2010 due to changing interest rate assumptions, cost of living adjustments, and lower-than-planned investment returns.

In addressing these issues, members of Congress have proposed mandating that USPS employees sign up for Medicare Parts A and B. In the reintroduced Postal Service Reform Act of 2017, USPS retirees would foot the bill for a (declining) percentage of their Part B premiums over the past three years, and be exempt thereafter. This change would shift the health-related retirement costs to Medicare, a system already plagued by shaky finances. Total Medicare spending is already projected to increase by $500 billion over the next ten years, with expenditures rising faster than GDP over both the short and long term. Strapping USPS liabilities on top of an already-beleaguered program is unfair to taxpayers.

For many, Medicare is the best healthcare option available. Postal employees have been promised a better option and oftentimes take less pay during contract negotiations with the assurance of better benefits. The National Association of Retired Federal Employees, for example, has been very vocal in their opposition to the current proposal because a shift over to Medicare will result in more expensive premiums for their members. Offloading retirement liabilities to Medicare then, is not only unfair to taxpayers and Medicare beneficiaries, but also USPS workers. Postal employees should not be caught in the crosshairs of the Service’s gross fiscal mismanagement.

As the USPS proposed prefunding retiree health benefits, they should be held accountable to hold up their end of the bargain. The increased fiscal strain on Medicare that would inevitably occur with a USPS bailout would lead to unacceptable physician pay cuts, which may lead doctors to stop accepting all new patients.

But how can the USPS dig itself out of the massive hole they’ve created without burdening Medicare? Certain changes, such as ending Saturday delivery, are actively being considered and would help reverse fiscal damage. But reform cannot end there. Nixing weekend delivery is projected to bring in $3 billion a year. The USPS could save another $1.9 billion by purchasing a mixed fleet of off-the-shelf vehicles, instead of purchasing “Next Generation Delivery Vehicles” (NGDV) with little resale value or technological potential.

To be sure, there are no easy solutions to the gargantuan financial problems posed by the USPS. But a liability gap exceeding 15 percent requires action, and shifting the debt to taxpayers is not acceptable. By shifting service, reforming fleet acquisition, and pursing pension buybacks, the USPS can assure taxpayers that it’s on the right track. And with these sensible reforms, Medicare can retain some much-needed fiscal wiggle room to get its own house in order.

Ross Marchand is policy analyst for the Taxpayers Protection Alliance.

One thought on “Medicare cannot afford a reckless USPS bailout”