U.S. Sen. Claire McCaskill and others have asked a congressional subcommittee for time to pass federal legislation that could create efficiency for the financially ailing U.S. Postal Service.

In a letter to leaders of the Senate’s Financial Services Appropriations Subcommittee dated March 27, McCaskill and fellow senators called for a one-year moratorium on postal service consolidation activities, which include removing processing operations from some facilities and closing others. 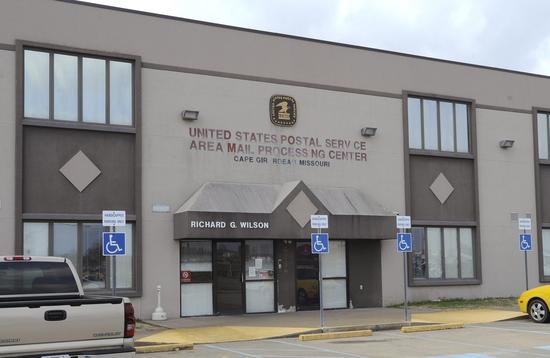 Processing operations at the Richard G. Wilson Processing and Distribution Facility on Kell Farm Drive in Cape Girardeau are set to end Saturday as part of the postal service’s consolidation this year that will affect 82 facilities nationwide. The operation will move to St. Louis, affecting about 45 local employees, who are expected to be assigned to other duties within the postal service or opt for retirement. The Cape Girardeau facility will continue to operate, but only as a distribution hub for mail. A facility in Springfield, Missouri, is seeing similar changes.

The operation will move to St. Louis, affecting about 45 local employees, who are expected to be assigned to other duties within the postal service or opt for retirement. The Cape Girardeau facility will continue to operate, but only as a distribution hub for mail. A facility in Springfield, Missouri, is seeing similar changes.

The senators requested in the letter that the subcommittee include language in an appropriations bill that would prevent the postal service from continuing consolidation activities in fiscal year 2016, and that the postal service be required to maintain and comply with mail service standards from 2012.

The overall consolidation of the postal service began in 2012 and mostly shifts processing, or origination and dissemination of mail, from more than 200 smaller facilities to larger facilities across the country.

The effort, also called “network rationalization,” is expected to save the postal service up to $800 million annually and up to $3.5 billion in the next five years. Delivery service standards also have been lengthened as part of the consolidation.

A decline in stamped, first-class letter volume, coupled with an infrastructure deemed too large, helped create financial challenges for the postal service, representatives have said.

A financial analysis of the postal service released earlier this month by the Postal Regulatory Commission showed an eighth consecutive loss, with a net loss of $5.5 billion in fiscal year 2014 and a net deficit of $51.7 billion since 2007.

Postal workers and some lawmakers say the consolidation-related changes have weakened the postal service’s infrastructure, prompting a slowdown in the mail.

Greg Davidson, president of American Postal Workers Union Local 4088, recently told the Southeast Missourian that the end of processing at the Cape Girardeau facility may create additional delays, as the facility no longer will see mail coming from southern Missouri ZIP codes that begin with “636” or “639.” It will be handling mail only from ZIP codes starting with “637” and “638.” That mail will be placed on a truck and sent to St. Louis before coming back to be delivered.

U.S. Sens. John Tester of Montana, Bernie Sanders of Vermont, Sherrod Brown of Ohio and Tammy Baldwin of Wisconsin co-signed the letter to the congressional subcommittee.

A moratorium on consolidation activities, according to the letter, will provide Congress an opportunity to “enact comprehensive postal reforms that will allow the postal service to run more efficiently.”

Other reform proposals, the letter stated, have been introduced in Congress previously, but no legislation was enacted.