Postmaster General Louis DeJoy congratulated Martinez and Hajjar on their election to these leadership positions. He said that he has “benefited from Martinez’s broad experience and wise counsel throughout my tenure as Postmaster General and especially during the development of the Delivering for America plan.”

DeJoy also stated that Hajjar will serve the Board well as vice chairman and that he “looks forward to continue working together to secure a vibrant public Postal Service for our country.” 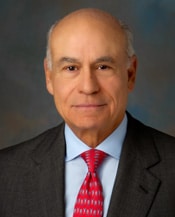 Martinez has served on the Board of Governors since Aug. 2019, following his confirmation by the U.S. Senate to serve the remainder of a seven-year term that expires Dec. 8, 2024. He was elected to serve as vice chairman of the Board on Feb. 9, 2021 and has chaired the Board’s Audit and Finance Committee since Oct. 3, 2019. He succeeds Ron A. Bloom, the Board’s chairman since Feb. 2021, whose term expired in Dec. 2021.

Martinez has significant experience in the private sector and helping govern private and non-profit institutions. Born in Cuba, he emigrated to the United States in 1960 and began his career as an investment banker in 1971 with Kuhn Loeb & Company, which merged with Lehman Brothers in 1977. Martinez became a partner there in 1978 and worked as a managing director in investment banking until his retirement from the firm in 2003. Since then, he has devoted his time to serving on the boards of major companies and non-profit institutions, including New York-Presbyterian Hospital, the International Rescue Committee, the German Marshal Fund of the United States, Cigna Corporation, Orbital ATK, Inc. and Bacardi Limited. Also, he was appointed by the Governor of Florida to the Investment Advisory Council of Florida’s State Board of Administration, where he served as vice-chairman. 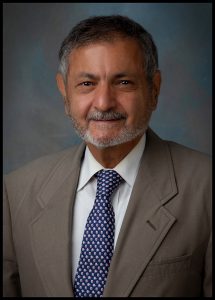 Hajjar has served on the Board of Governors since May 2021, following his confirmation by the U.S. Senate to serve the remainder of a seven-year term that expires on Dec. 8, 2023. He currently serves on the Audit and Finance Committee and the Operations Committee.

Hajjar previously served as the general counsel of the American Postal Workers Union, AFL-CIO. Prior to this position he represented unions and workers while serving of counsel at Murphy Anderson PLLC and as a principal at O’Donnell, Schwartz & Anderson, PC. Hajjar also served as an advisor and pro bono attorney in employment discrimination cases, including those of Arab- and Muslim-Americans following the Sept. 11, 2001, terrorist attacks. He continues to serve as a legal advisor to the American-Arab Anti-Discrimination Committee, and he is a member of the Council of the American Law Institute.

Bios of all the governors are available at: about.usps.com/who/leadership/board-governors/.