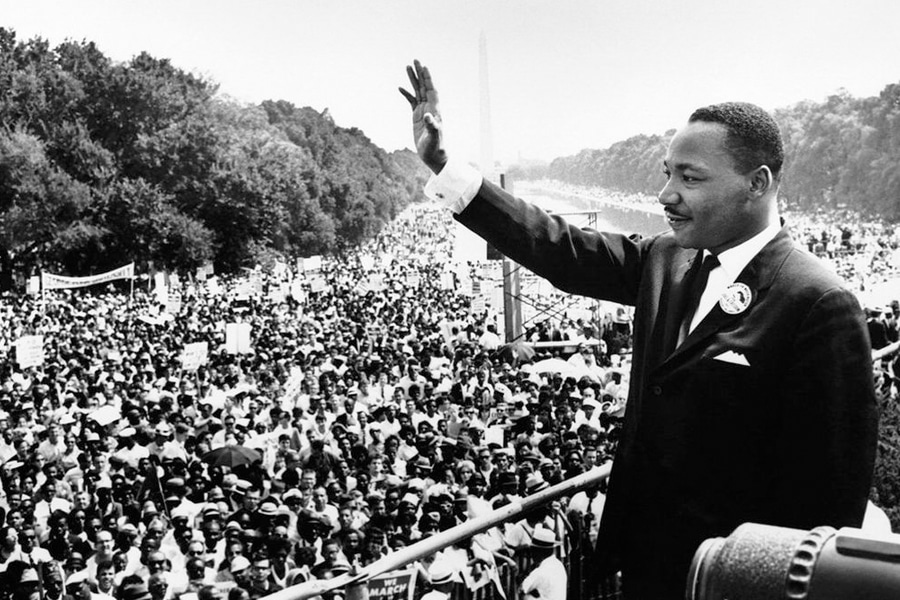 Martin Luther King Jr. addresses a crowd near the Lincoln Memorial during the Aug. 28, 1963, March on Washington.

King was a leader of the American civil rights movement from 1955 until his death in 1968. The March on Washington, along with his many writings and speeches, are partially credited with ushering in the Civil Rights Act of 1964 and the Voting Rights Act of 1965.

In 1983, President Reagan signed into law a bill establishing King’s birthday as a federal holiday. The holiday was celebrated nationwide for the first time in 1986.

“Martin Luther King Jr. was a dedicated leader and a civil rights pioneer. His courage and vision continue to inspire Americans across all generations,” said Postmaster General Megan J. Brennan.

USPS honored King and his work with stamps in 1979 and 1999, while a 2013 stamp commemorated the March on Washington’s 50th anniversary.

The King Center’s site has more information about King’s life, work and the history behind the holiday.