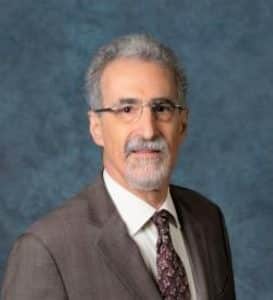 What an honor to serve as your elected president since November 2013 and to have led our union in making substantial progress over my first three terms.

Of course, no leader can do it alone and our many accomplishments reflect the effective collective work of our national, state and local officers and union activists. I am pleased to be running on the APWU Solidarity Team with enthusiastic support from every APWU National Executive Board member and National Headquarters officer.

I respectfully solicit your support to continue to lead our great union forward based on my record of leadership and proven results.

I was proud to be your lead negotiator in the 2021 contract negotiations. The APWU secured a terrific new contract that you, the members, ratified with a stunning 94% yes vote. We won annual wage increases and six COLAs. We maintained no lay-off protections and the 50-mile limit on excessing, secured better work guarantees for PTFs, new conversion opportunities for PSEs, and won a host of other gains that uplift workers in all crafts.

With rising inflation, COLA is vital. We are the only postal union that has maintained full COLA. Our 2021 COLA totaled $1.14/hour for career employees. The March 2022 COLA under our new contract was 63 cents/hour. As of this writing, the COLA due this September is projected to be about $1.00/hour. 2021 and 2022 COLAs combined increase our wages by approximately $5,600 every year. These COLA increases are in addition to negotiated annual wage and regular step increases.

The APWU achieved historic postal reform legislation in April 2022. The Postal Service Reform Act, passed with strong bi-partisan support, puts the Post Office on the path to financial stability, eliminates the devastating pre-funding mandate for future retiree health benefits, accomplishes prospective Medicare Integration (the combining of Medicare and FEHBP health benefits in retirement) which is good for workers, ensures we remain in the Federal Employee Health Benefit Program (FEHBP) and makes six-day delivery the law. Other legislative accomplishments include $10 billion of COVID emergency relief for the USPS and Emergency Federal Employee Leave (EFEL)

With the dangerous and tragic pandemic, the APWU National succeeded in negotiating a series of important COVID safety memos, including the liberal leave policy, to best protect frontline essential postal heroes.

The U.S. Mail is Not for Sale was our call to action in our aggressive and organized response to the 2018 White House Office of Management and Budget (OMB) plan to sell the public Postal Service to corporations for private profit. With our jobs on the line, we took the fight to the streets, to the airwaves and to the halls of Congress. For the time being, Wall Street’s privatization schemes have been defeated. A Grand Alliance to Save Our Public Postal Service (built after I was first elected), consisting of 80 national organizations, proved invaluable to the successful fightback.

We successfully negotiated a series of jobs memos increasing the clerk craft complement in mail processing by 10,000 workers. This was the first big step forward in the continuing effort to address short staffing.

When first elected, there was no path for PSEs to be converted to career. In 2014, I led in negotiating the initial memorandum to address the problem. We have now passed the milestone of 100,000 PSEs converted to career, a life
changing union-won event.

In the 2020 U.S. election, we advocated for robust vote by mail and negotiated local election mail task forces that proved critical in the successful effort to ensure tens of millions of voters had timely access to the ballot box through the mail.

We continue to strengthen the work of the Retirees Department as it services the needs of retirees. Monthly meetings are held with the leaders of our seventy local and state retiree chapters. We ensured that the new Postal Service Reform Act keeps retired and active employees under the FEBHP health insurance program with the current health plans and open season choices.

The victorious three-year Stop Staples battle protected tens of thousands of clerk jobs. We won thousands of new jobs securing PostPlan work. We established the Campaign for Postal Banking in the growing efforts to expand postal services. We successfully petitioned the Biden administration for better appointments to the Postal Board of Governors. We published a new Guide to Veteran Rights and Benefits and established a Veteran’s Network. We made significant progress in both the 2015 and 2018 contract negotiations in overcoming the deeply concessionary 2010 contract that I inherited when assuming office in 2013. This included securing an all-career maintenance workforce and restoring two top steps to the post 2010 two-tiered lower wage scale. We strengthened our solidarity with the other postal unions and with workers in struggle. We just completed a strong Building Union Power organizing campaign.

Of course, the struggle continues. There is always more work to do as we battle together to end the hostile work environment in far too many facilities, defend and expand the public postal service, improve our member education program, encourage new and young leadership, remain engaged on the legislative front, and look ahead to the important 2024 contract struggle.

I am excited to be running with the 24 members of the dynamic APWU Solidarity Team. I respectfully seek your support for these contested positions: Judy Beard for Legislative/Political Director, Nancy Olumekor for Retiree Director, Daleo Freeman for Human Relations Director, Arrion Brown for Support Services Director and Yared Wonde for Southern Region Coordinator. Contact us at: apwusolidarity@apwusolidarity.team.

My deep belief remains that the union belongs to all of you. I pledge to continue to always be honest and listen to you, the members, as we continue to meet the challenges of protecting a secure future for current, retired and the next generation of postal workers.