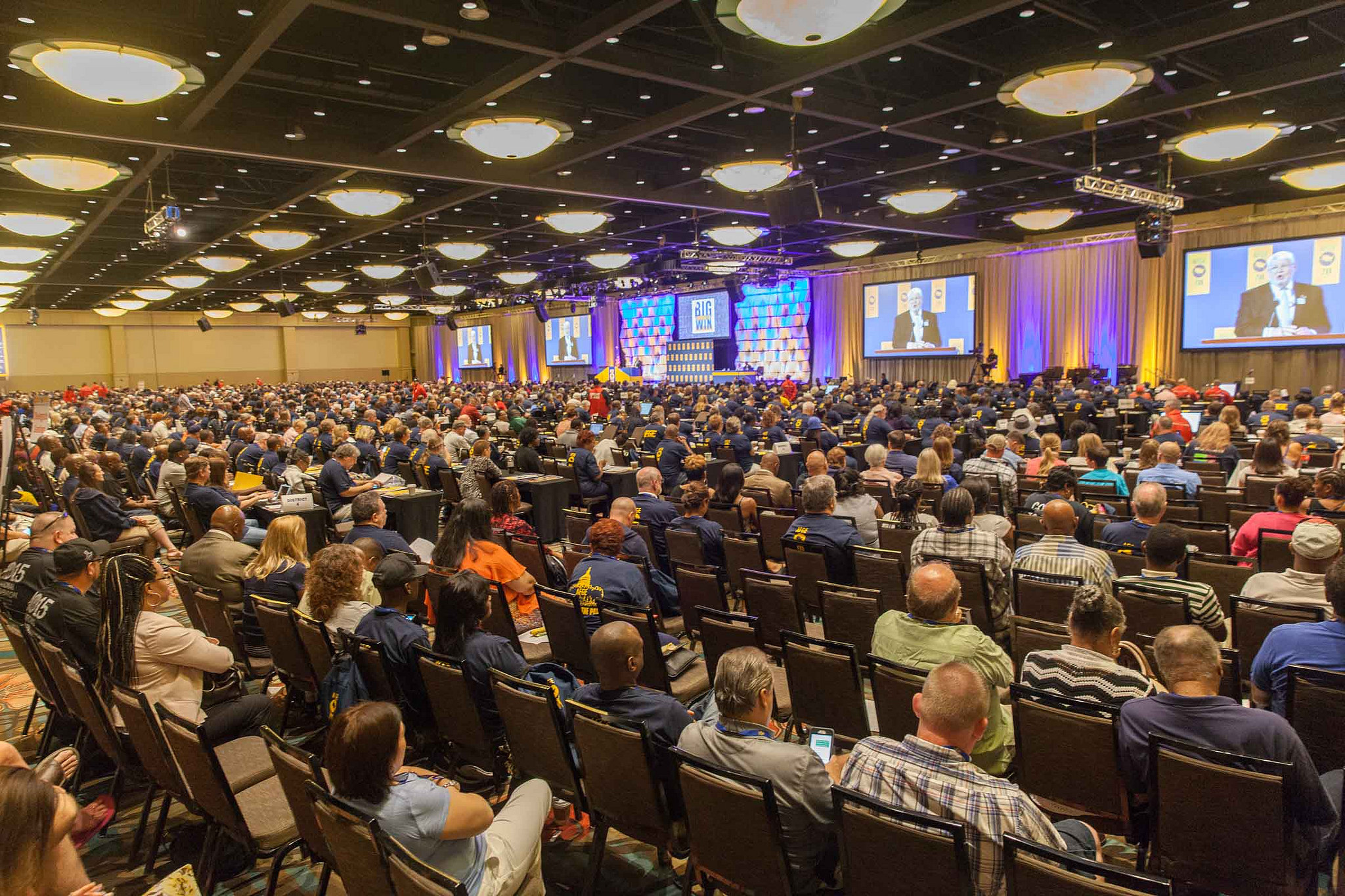 Delegates on the floor of APWU 2018 National Convention

Can you make the argument that national conventions should be moved to a yearly event? Probably not because of the cost associated with such a move. But if the National Executive Board which is supposed to act on behalf of the members between conventions isn’t meeting, maybe all the delegates should conduct the business of the national on a yearly basis.

I remember a time when the NEB used to meet nearly monthly and if requested you would be mailed a copy of the minutes. Years passed folks would ask how do you know what is going on at HQ and the answer was simple, we traveled the 4 hours to DC and sat in on the well publicized EB meeting and then of course talked to officers and staff at HQ. It was our responsibility to keep them honest and gain valuable information too.

So what happened to regular EB meetings? Can’t place a local into trusteeship without an NEB meeting, not if you follow the Constitution. The APWU has become less transparent over the past few years, not unlike the Trump administration. Cheap shot, maybe but not untrue.

I am all for trusting the leadership of a union at the national, state and local level. But I am also for the NEB conducting the business of the national absent a convention. By the way locals can submit to host national conventions and guess who decided the NEB, but only if they are holding regular meetings.

The current administrations legacy will be scheduling the least number of NEB meetings over their terms of office, not unlike Trump not scheduling press conferences. I guess it’s the best way to keep people in the dark including the NEB.