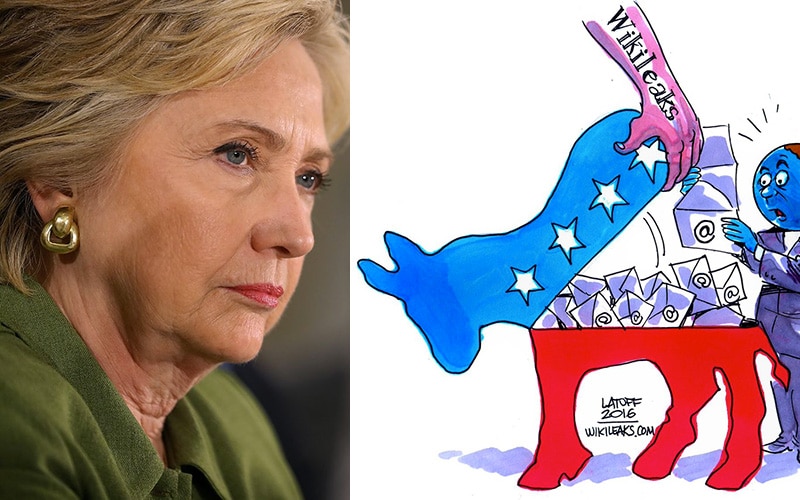 By Chuck Ross – July 24, 2016
Democratic National Committee documents recently released by WikiLeaks include spreadsheets and emails that appear to show party officials planning which donors and prominent fundraisers to provide with appointments to federal boards and commissions.

The documents, which were circulated among top DNC officials in April, could raise legal questions for the party, says Ken Boehm, the chairman of the National Legal and Policy Center, a government watchdog group.

“The disclosed DNC emails sure look like the potential Clinton Administration has intertwined the appointments to federal government boards and commissions with the political and fund raising operations of the Democratic Party,” Boehm told The Daily Caller.  “That is unethical, if not illegal.” …

It is unclear from the DNC spreadsheet if any of the people on the list made specific requests for federal appointments.

But one tip-off that the document is detailing a quid pro quo is an entry next to the name of David Shapira, the executive chairman of grocery store chain Giant Eagle, Inc.

“USPS” — a likely reference to the U.S. Postal Service — is entered on the spreadsheet.

President Obama nominated Shapira for a position on the USPS’ board of governors last year but the retail executive did not take the position because congressional Republicans held up his nomination.

Shapira and his wife Cynthia have donated heavily to Clinton, the DNC and other Democratic and liberal political action committees.

They have given the $2,700 maximum to Clinton. In 2014, Shapira contributed $100,000 to American Unity PAC, a political action committee that supports pro-LGBT candidates.

The Shapiras did not respond to a request for comment.

The donor spreadsheet is included in an email chain in which Jordan Kaplan, DNC’s national finance director, asks other officials to provide names of donors they want to propose for federal commissions.

“Last call for boards and commissions,” Kaplan wrote on April 20.

“If you have someone, send to [DNC finance chief of staff Scott] Comer – full name, city, state, email and phone number. Send as many as you want, just don’t know how many people will get to.”

The email confused at least one official involved in the exchange.

Comer explained: “Any folks who you’d like to be considered to be on the board of (for example) USPS, NEA, NEH. Basically anyone who has a niche interest and might like to serve on the board of one of these orgs.”

“I should say, though, that the likelihood of landing a spot on ones as prestigious as NEA/USPS is unlikely,” Comer added, referring to the National Endowment for the Arts and the U.S. Postal Service. …