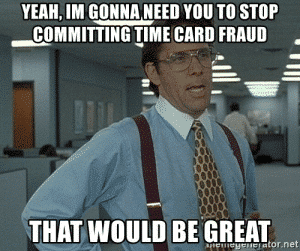 The postal service, which has been struggling to stay afloat for years, receives billions of dollars in subsidies and other breaks from taxpayers every year.

U.S. representatives Michael Capuano and Stephen Lynch say nearly 100 post office managers are suspected of cheating employees out of overtime pay, according to a letter dated Nov. 30 they sent to the USPS Inspector General.

It’s unclear why Boston managers would doctor postal workers’ time cards, but a similar scandal surfaced in 2016 at USPS facilities in Richmond, Virginia.

In the Richmond case, postal managers got bonuses in exchange for keeping overtime costs down, according to a pending federal lawsuit.

Now Capuano and Lynch are calling for a federal investigation of time card fraud in Boston.

25 Investigates obtained letters from Capuano and Lynch – sounding the alarm to the USPS Inspector General as early as August.

Postal employees “were surprised to find several minutes of unpaid leave on their time sheets for times they were actually working, or would have had no reason to punch out,” Capuano and Lynch wrote in a letter dated Aug. 15. 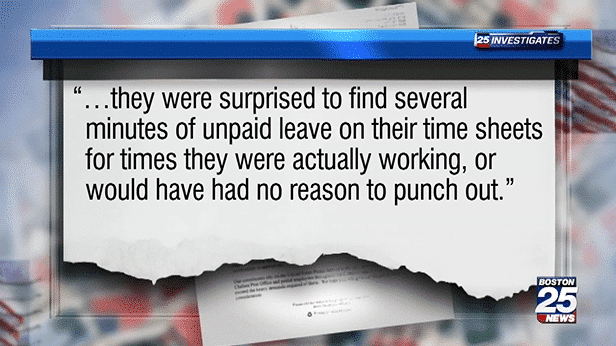 The two congressmen followed up with another letter to the USPS Inspector General on Nov. 30, citing “a sense of urgency” to investigate the matter.

The letter also cited that postal union leaders had identified more than 7,000 cases of “time manipulations” in less than three years, resulting in nearly 4,000 missing work hours with 97 managers and supervisors suspected of cheating the system.

In statements to Boston 25 News, both Capuano and Lynch said the USPS Inspector General’s Office told them it had launched an investigation earlier this month.

But 25 investigates discovered the inspector general has yet to open an official investigation.

A spokeswoman for the postal inspector general’s office said its auditors are still researching the complaint in a “fact-finding process” and it will be weeks before the agency decides whether to launch its own investigation or open the books at Boston area post offices.

“Based on the new information that we received from Representatives Michael Capuano and Stephen Lynch, we are actively considering work to look into the possibility of a broader or systemic issue around unauthorized timecard manipulation,” said a spokeswoman for the USPS Inspector General. “We will know in the next few weeks what that body of work will entail.”

The spokeswoman could not say why the decision to open an investigation or audit would take months.

“After learning about troubling reports of manipulated time cards at USPS locations in Massachusetts, Congressman Capuano and I called on the Office of the Postal Inspector General to investigate these allegations. I have been informed that, as a result of our request, a full investigation involving multiple locations is in progress. Once that investigation is complete, any person suspected of illegal activities will be prosecuted by executive branch authorities. In the meantime, my office will continue to provide any useful information to the appropriate investigators to ensure a thorough and timely investigation into this matter.”

“I was troubled when postal employees brought their concerns about manipulated time cards to my attention and I have been working with Congressman Lynch to address this matter. We have been told by the Office of the Postal Inspector General that an investigation has begun, which we expect will be thorough and deliberate. We will closely monitor this investigation to be sure that the issues raised by the employees are resolved with appropriate action.”