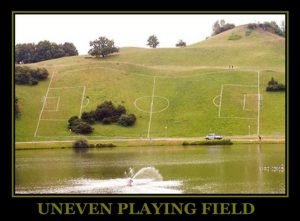 I recently took a downgrade (ET to MPE) to escape Tour One, and somehow was unaware of the need to complete a Declination Form to avoid returning to that shift. I met with our MSS, a decent guy, who strongly suggested I stay on the ET PER… I caved, but said “I will only take an ET bid if it is on Tour 2” He said that shouldn’t be a problem, and said nothing about filling out a Declination Form to prohibit that from happening. I KNOW it is not his job to hold my hand!

Fast forward 7 months. I am HAPPY as a clam with Tour 2, MPE, and my days off. An ET bid was posted for Tour 1, I spoke to MSS about possibility of my being forced into that position IF there were no volunteers. He launched into a long story about manning and insured me I could not be FORCED to take the position. At no time did he mention a Declination Form. He is WELL aware I had NO intention of returning to Tour 1.

The posting closed on a Monday, my DDO, and I called in sick Tuesday. Tuesday afternoon my SMO called me at home, while I was sick, to tell me to call the MSS. I did and he explained he would try to get around placing me in that bid, but without a Declination Form it may be impossible. He and my Craft Director talked about bending the rules a little, but the contract was adhered to, and I ended up being awarded that bid.

I have spoken to two different individuals, on two different tours, that were personally handed Declination Forms and told what to do IF they wanted to avoid unwanted changes PRIOR to the closing date/time of the jobs. I was not contacted, presumably because it was my DDO…but yet they contacted me when I was on SICK LEAVE?!?

MY MAIN BEEF, and question for anyone: If other individuals were afforded the opportunity to change their paperwork, shouldn’t I have had the chance as well?

I’m annoyed and upset. I understand the need for adherence to the rules, but shouldn’t the rules be the same for everyone?

Thank you for reading this…sorry so long, but I couldn’t edit and keep the story intact!