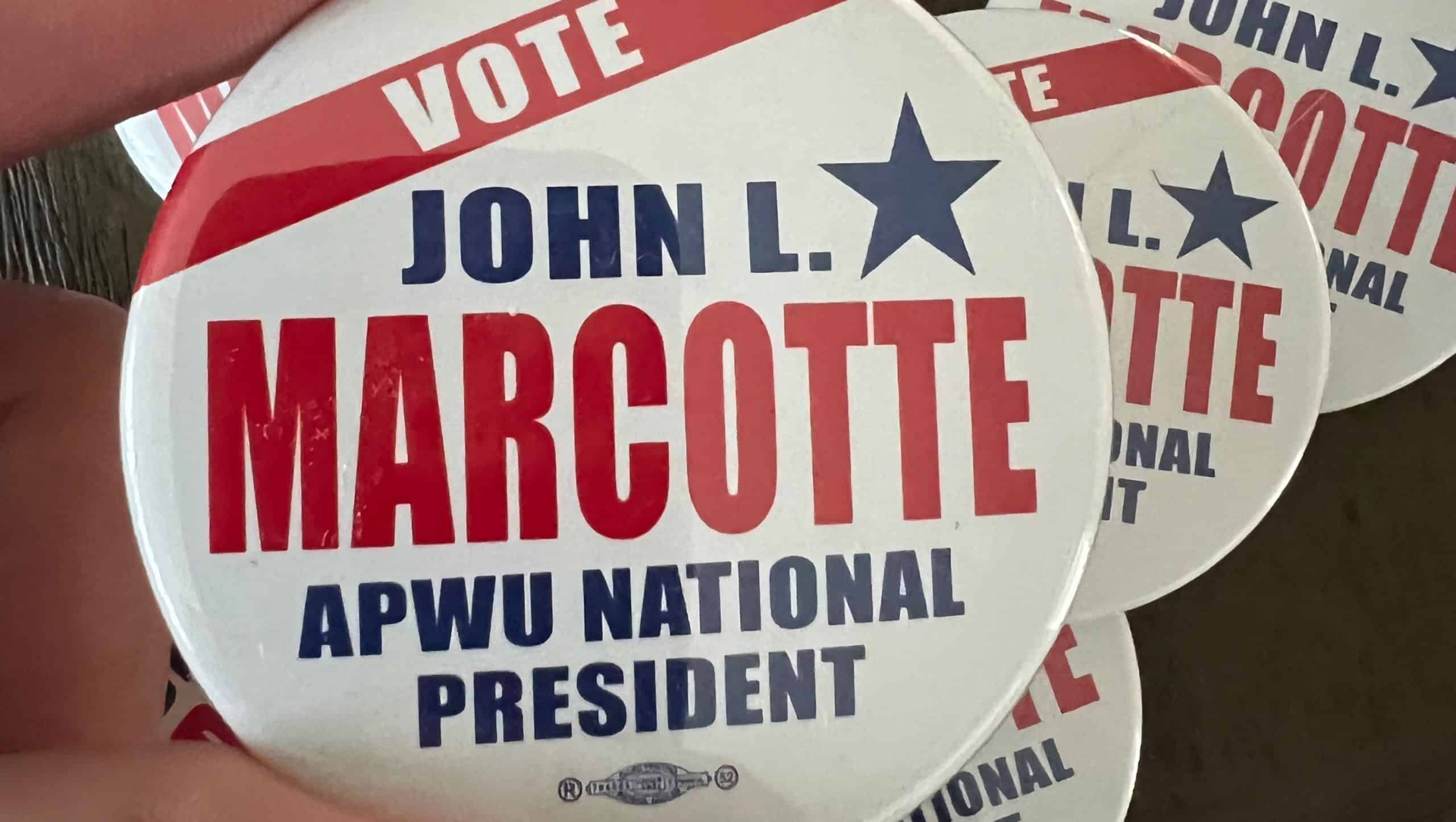 I am endorsing John Marcotte for APWU president.

In casting one’s vote, I think it’s important to keep in mind the potential unintended consequences of the incumbent’s self-proclaimed “accomplishments.” With the full support of our current president, the passage of the Postal Reform Act of 2022 has created in effect, a permanent, lower-tier classification of retiree.

Those of us retiring in 2025 and later are being forced into Medicare as our primary health insurance carrier. Medicare is now projected to be insolvent in 2028 – just three years after postal retirees are forced into the program. The inevitable fix for Medicare’s financial issues is to lower payments to providers, resulting in fewer physicians and facilities participating in the program. Or, they will increase premiums significantly – or both. Keep in mind we will no longer have the option of not paying into Medicare after 2025. Whatever they decide to charge, is what you’ll have to pay. You will have no choice. Shifting more costs onto our “secondary” insurance plans is also likely to increase the costs of those plans.

Additionally, I have always been comforted by the fact that we have enjoyed the benefits of the protection that comes with being in the same health care pool as Congressional staff – we know Congress isn’t going to vote to screw up their health care! But beginning in 2025, we will no longer share that perceived protection with other Federal agencies.

I fear that separating postal worker’s health benefits from other Feds, could be a huge step in the direction of privatizing the postal workforce.

While it is true that a majority of postal workers currently decide on their own to take Medicare, the fact is, they had that choice. It’s a choice that has been taken away from us by the passage of legislation promoted by the current APWU president.

Much is made by the incumbent about his victory in getting the legislation passed, but the truth is it would not have likely have crossed the finish line without Postmaster General Dejoy’s intense lobbying of Republican representatives. The guy who is now threatening to get rid of 50,000 postal workers made a big push to get the legislation passed, and our current president helped to make sure it got done.

With passage of the “reform” bill, PMG Dejoy got tens of billions of dollars back for the USPS and now has the cash to implement his so-called “Delivering for America” plan. He’s wanted to consolidate plants into new “mega-centers”, but USPS never had the money to build them. They do now! PMG DeJoy has been given the means to now use that windfall to destroy the U.S. Postal Service as we know it. The legislation gave PMG Dejoy the rope he needs to hang us, and our incumbent president help hand it to him!

In his haste to score of political victory, I fear that the current APWU president has escorted a Trojan Horse into the walls of the postal service, and all kinds of bad is about to spring forth from its belly.

We need an APWU president who is able to foresee these kinds of threats to our jobs and who can get real reform enacted. With his infectious enthusiasm, boundless energy and the right mix of assertiveness and diplomacy, I believe that John Marcotte is the right man to lead the APWU into our uncertain future.