Statement of John L. Marcotte Announcing His
Candidacy For President of the APWU 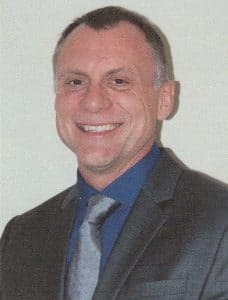 Today I announce my candidacy for the presidency of the APWU.

The presidency of a union should be 100% focused on how to improve the lives of its membership on the workroom floor. The president of the APWU should be a facilitator who supports and enables all our national officers to reach their full potential, listen to their concerns and counsel while respecting the duties these officers are empowered to perform in the APWU constitution, not dictate and micromanage. Any officer of a union, but most critically the national president of our union, must consider themselves a servant to the membership, not above them. I am that person and I pledge to operate in these ways as your president.

I am uniquely equipped with the experience and qualifications to perform this job at a high level while not becoming enamored with the perks of this office and never forgetting you, the membership, are paying the bills.

I was simultaneously a local president receiving no salary and the Michigan State president drawing a small salary of $2300.00 a year while working in my bid job the entire time. I got active in the union to help my fellow postal workers, not to enrich myself. Although I was elected to two different positions as a national officer, I never forgot who I work for, you the membership. While at APWU headquarters I spoke truth to power on behalf of the membership regardless of personal consequences.

Under our current president’s 3 terms in office, your work lives, benefits and spending power have gotten much worse under his leadership. It is way past time for change.

Recently, the incumbent president and his administration lobbied for APWU members to be required to join Medicare B to be eligible for health insurance in retirement at 65. This law also places postal workers in their own risk pool. Make no mistake, our future retirees will not have the choice to enroll in OPM health insurance without paying for Medicare B. This is a huge loss for active members. FERS pensions are half of CSRS pensions. Medicare premiums are $170 a month this year and are expected to rise most years until they retire. Think to yourself what a pension of 30-35% of your basic pay is less 10% taxes and then deduct Medicare B premiums (or $340 if you have self plus one) and then deduct your monthly Health insurance premiums. What’s left is not very much, leading me to believe FERS retirees would have participated in Medicare B at a lower rate than CSRS retirees if this law was not passed. This law takes away your right you worked years for of keeping your health insurance only. If our members can’t afford both OPM healthcare premiums and Medicare premiums, they will be forced to drop their health insurance and rely on Medicare only. Which is exactly what the USPS would love for you to do. Why would your union lobby to take away a valuable earned right from your retirement and get nothing for our membership in return? Supporting this bill benefits the USPS and takes from the APWU membership.

I believe the current national election system is broken. When an average member cannot afford to run for national office something is very wrong. Money and lots of it have been spent and has been decisive in recent APWU elections and that is not democracy. That is why I am announcing as an individual running in this year’s election. The $150,000 plus it costs to send one postcard to every voter is an outrageous requirement for postal workers to run for office. It excludes most of the great talent our union has in its membership and tilts the playing field to those with deep pockets and away from the average postal worker.

I encourage all national officers to make a choice. Do you side with the downward trend of the last 9 years or do you want to work collaboratively and focus our union on its membership? Join me in running for change. Together we can do great things for our members and bring our union into the 21st century.

I respect the membership’s right to vote for the candidates of their choice. However, to vote for a candidate because he is on the same team or ticket with an officer from your local or that you respect even though you know there is a better option for that office, is how we got into this mess in the first place. Don’t fall for that tired anti-democratic manipulation. Vote for change.

Many local leaders discussed with me their fear of retaliation by our national union if they endorsed anyone other than an incumbent in the last election. I find that this, if it happened, is totally unacceptable and again opposite of what a union should be. Stand up for change and refuse to be intimidated.

National officers work for the local, retired and state members, not the other way around. I am asking you to go to your union meetings and make it clearly known with as many of your coworkers as possible that it is time for change and pass a motion to endorse John L. Marcotte for president. Require your local to issue a written communication of this endorsement to all your members. That is the only way we can fight against the big money ruining our election process and our union.

In the last election the incumbent was elected president with around 40% of those who voted which is only 6.8% of the membership due to multiple candidates running. Voter turnout was an all-time low. I understand why. Why would our members vote if they feel nothing is going to change? I am reaching out to you, the disgruntled member. You are 80% of our union that did not vote in the last election. You have great power if you vote, and you can throw this administration out by voting for change.

To be clear additional candidates for president will only benefit the incumbent administration. Do not make the same mistake as last election and split your vote among multiple candidates which resulted in electing the incumbent when 60% of the voters voted to remove him from office.

This is very late in the game for me to announce my campaign for president which ensured any candidate that wished to run for change had plenty of time to announce their candidacy and they did not. We need to be united and change the direction of our union. Do not fall for splitting the vote if additional candidates join the race, which will only ensure the incumbent or one of his allies will get elected by default. Reach out to the vast majority that did not vote and let’s take our union back! Vote John L. Marcotte for APWU president!