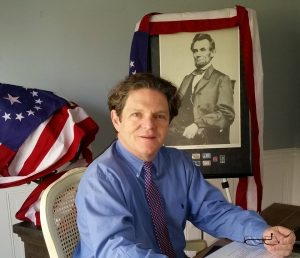 This post is my third Candidate Online Statement. It replaces my August Statement as we begin the most serious stage of the 2016 APWU Vice Presidential Election. This Election will determine the future of Representation of all Members from the second-most important position in our Union – the Vice Presidency. I am asking for your critically important support and vote to ensure the best possible Representation is restored to the Membership from the Vice Presidency.

Unfortunately, this campaign has been based – to a great degree – on unrelenting negative attacks.

This kind of negativity is destructive to our union and a disservice to the membership. And, any candidate, or their followers, who attack family and promote 17 year old false and withdrawn disciplinary charges or a serious illness absence from more than 16 years ago – all laced with deliberate fabrications, that candidate demonstrates a fundamental void of serious and positive leadership.

Any candidate who harbors or promotes cowardly and anonymous mailings of lying attacks also lacks the serious and necessary leadership qualities and abilities to serve as Vice President.

This critically important Vice Presidential election is not a carnival where the sideshow pitchman barks the false virtues of an artificial exhibit so as to fool the paying patrons.

As the serious candidate in this race I chose to present my legitimate, extensive record of service and contribution to the APWU.

However, in a desperate effort to hide their leadership shortcomings my opponents criticize me for being an educationalist. For writing the Strategy Books Series. For being a successful negotiator. For being an aggressive advocate. For being a powerful and effective speaker and communicator. For mentoring thousands of stewards, officers and national officers to ensure they have the tools to go toe to toe with negative, nasty management.

My opponents’ campaigns have been weighed down by the burden of their ponderous anchors of negativity. Why? Because in the last 6 years – 2010-2016 – the previous VP and the present VP share a commonality of non-contribution to locals and states in the areas of membership representation.

Let us be clear: the Vice Presidency is not a holding pen for someone waiting for the Presidency or a position to which anyone is somehow entitled.

Nor is it an administrative helper position.

I differ from my opponents. As Vice President I will give strategic and contractually viable counsel to the President.

As Vice President I am able to represent the President with USPS management and will join forces with the President to make the highest office even more formidable.

As Vice President – the President’s designee, ambassador and spokesperson – I am more than capable of conveying the weight of the President to the Congress and to other unions.

The President must be able to rely upon the Vice President as an able and serious contributor from the unions’ second highest office.

Presently, the President cannot – has not – been able to use and depend upon the Vice President to negotiate, write, formulate, strategize or present any proposal, MOU, Q & A or other CBA related element.

At the National Convention, when the Vice President was tasked with presiding over the Convention for about 30 minutes – on the second day – the Convention quickly became a rudderless ship nearly running aground on rocks of chaos.

When the President returned to rescue the convention from the calamity caused by the Vice President, enthusiastic, celebratory cheers and applause greeted his return and rocked the convention.

The VP? Not returned again to preside over the National Convention – except for a moment so the President could speak from the convention floor. Then the VP was immediately replaced. In fact, the Secretary-Treasurer assumed any further chairing in relief of the President during the remainder of the convention – because the VP could not.

The Executive Vice President of the APWU is extremely serious business. The Vice President must be able to fill in for the President as a contributing Officer on a daily, weekly, monthly – everyday basis.

At the National Convention the Vice President could not.

At the National Convention I released my latest Strategy Book, “Compliance and Enforcement – Justice Remedies for USPS’ Refusal to Comply with Grievance & L/M Settlements, Arbitration Awards & Continuing Violations”, which will force management to comply with settlements and decisions.

My Strategy Books have – throughout my career – proven to be valuable resources to thousands of APWU stewards, officers, and members.

The books are also representative of something else. Self-motivation. No one told me or required of me that I had to write these books. I had strategies which I believed would benefit APWU stewards, officers, national officers and members.

I believe that keeping those strategies inside – and not writing and producing these books – would have been a terrible disservice to the membership.

That self-motivation, which created the library, clearly separates me above both VP candidates. Neither has brought any self-motivation production to the Vice Presidency during these last 6 years.

This really is all about leadership. Leadership based upon contributions of value – not entitlement to the VP or a misplaced belief in the nodding role of the APWU Executive Vice President as an administrative assistant.

As your advocate, as your educationalist, as your strategic negotiator and as your passionate and effective communicator – I have been and continue to be the strong labor union leader depended upon to take on the USPS.

For the future of our APWU: I am asking you for your important support and your critical vote.

The Vice Presidency is serious hard work and serious business. Join with me. Together we will ensure a stronger future for our union.