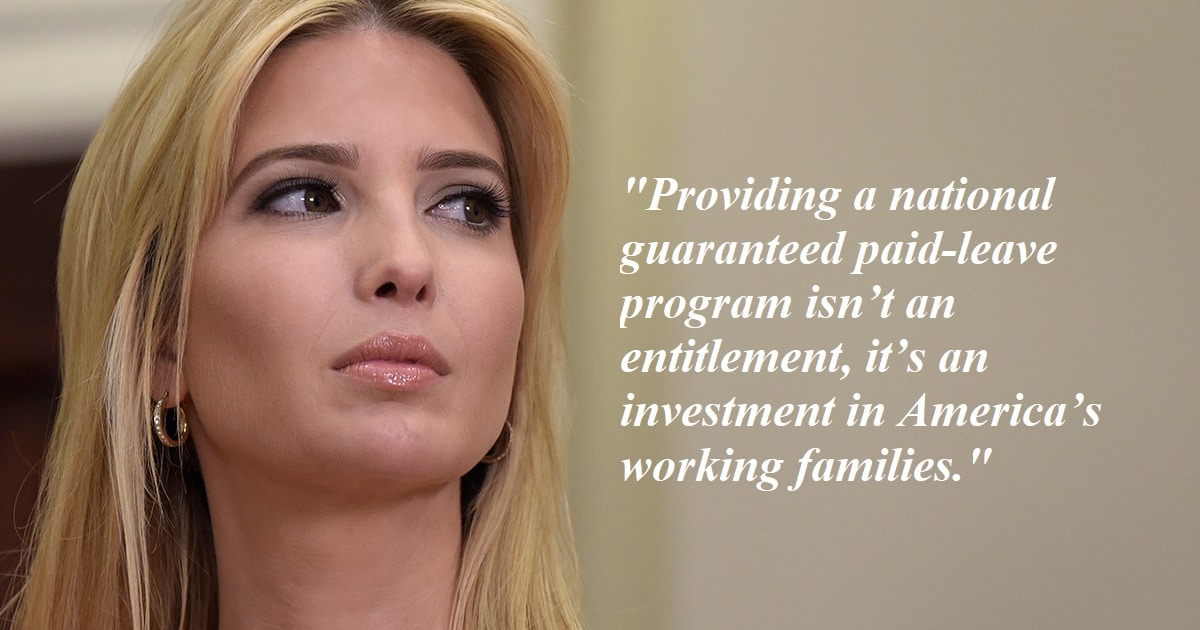 In a rejoinder to your May 26 editorial “The Ivanka Entitlement” on President Trump’s family-leave proposal, Stephen Schwarzman lays out the robust business case for paid-leave policy (Letters, June 19). The Journal then uses Mr. Schwarzman’s response as a platform to make a policy distinction, to recognize the inherent value of paid leave while opposing the government’s role in administering it: “[O]ur point wasn’t to oppose family leave. The editorial opposed a government plan (“The Blackstone Entitlement,” Review & Outlook, June 24).

By now, many are familiar with the benefits of paid family leave: Healthier children and parents in more tightly bonded families, greater financial stability and stronger attachment to the labor force are among the most important. Unfortunately, those who need these benefits the most aren’t getting them; the poorest, most vulnerable workers in our society get left behind. Currently, only 6% of workers in the bottom income quartile have access to paid family leave. Studies show that these individuals—particularly women without a college degree—are far more likely to lose or quit their jobs in the event of childbirth, resulting in a far greater cost to society over the long term.

The policy outlined in the administration’s recent budget proposal emphasizes the need for mothers and fathers to have access to paid leave to encourage both parents to share parenting responsibilities and to strive toward minimizing hiring biases. While this policy will benefit all working parents, it will have an especially positive effect for women, who are far more likely than men to leave the workforce to provide unpaid care for a child. A 2012 study found that women who took paid family leave were more likely to be working a year after their child’s birth than those who didn’t take leave, and that women who took leave and returned to work were 39% less likely to report receiving public assistance than those who didn’t. Additionally, making it easier for new parents to return to work after the arrival of a new baby is a critical part of solving the persistent gender and minority pay gap that exists in part because of prolonged periods away from the workforce and challenges with re-entry.

As the Journal also so aptly points out, “a growing economy is the best antidote to inequality.” I agree. Women’s increased participation in the workforce in recent decades has been an important driver of middle-class incomes; in fact, research by the Council of Economic Advisers suggests that the vast majority of middle-income growth since 1970 is the result of increased female labor-force participation and education.

Meanwhile, we agree wholeheartedly that government benefits should not be a substitute for private-sector investment. We see a national paid-leave benefit as the necessary floor from which private sector companies and state governments can build.

A recent poll by the National Partnership for Women and Families found that 82% of voters think it is important for Congress to consider a paid-leave program. To this end, we are working with lawmakers on both sides of the aisle to design a paid-leave policy that provides a targeted benefit to help the people who need it the most and are least likely to receive it from their employer, without discouraging larger companies from developing more generous policies.

The reality is that in 63% of American homes with children, all parents work. Providing a national guaranteed paid-leave program—with a reasonable time limit and benefit cap—isn’t an entitlement, it’s an investment in America’s working families.

Related: Trump’s Parental Leave Plan: How to Plan for the Plan