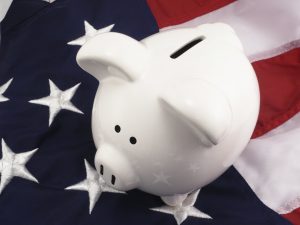 Maybe it’s time to put the United States Post Office back in the banking business. Until 1967, the USPS offered savings deposit accounts and even now you can get money orders and do international wire transfers.

There’s a push by the Campaign for Postal Banking to get the USPS to provide a banking alternative, particularly for low income and those without bank accounts who depend on payday loans and check cashing places. No doubt, such a change would be significant. A 2013 Federal Deposit Insurance Corporation survey found that nearly 10 million households in 2013 had no one with a bank account. According to the Campaign for Postal Banking, payday loans typically charge an interest rate of 391%.

A world in which the USPS would have savings accounts, bill paying, ATM services among others isn’t revolutionary. According to the Campaign for Postal Banking, 1.5 billion people worldwide access their financial services through a post office.

The notion of the USPS going full scale into banking stirs debate. The experts weigh in.

Read more/Source: Is a Postal Banking an Answer for the Unbanked?