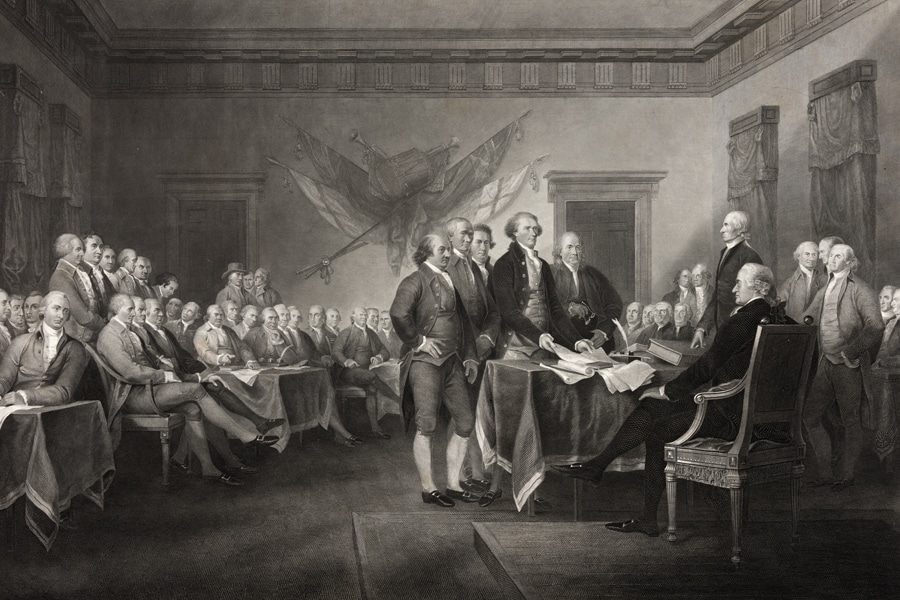 The Declaration of Independence was signed July 4, 1776, in Philadelphia.

Tuesday, July 4, is Independence Day, the annual holiday that commemorates the adoption of the Declaration of Independence in 1776.

Independence Day holds special significance for the Postal Service, whose history is closely tied to the nation’s birth.

USPS traces its roots to July 26, 1775, when Benjamin Franklin was appointed Postmaster General by the Second Continental Congress, a convention of delegates from the 13 Colonies.

The Founding Fathers considered a strong postal system so important to the nation’s success that the U.S. Constitution empowered Congress to “establish Post Offices and post roads” to help ensure the free flow of ideas and information.

“The Postal Service has helped unite our country from its earliest days,” PMG Megan J. Brennan said. “Our employees are proud of the role we play in binding the nation, and we look forward to joining our customers to celebrate America’s birthday this Fourth of July.”

The National Archives has a history of the Declaration of Independence, while usps.com has extensive information about the Postal Service’s history.