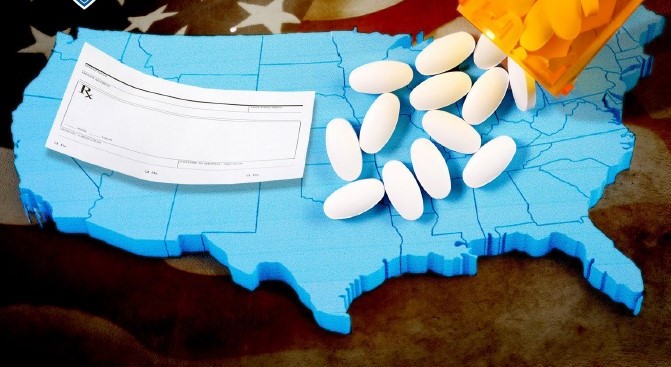 Our objective was to determine the impact of opioids being prescribed to U.S. Postal Service employees through the U.S. Department of Labor’s (DOL) Federal Employees’ Compensation Act (FECA) program.

According to the National Institute on Drug Abuse, pharmaceutical companies in the 1990s assured the medical community that opioid pain relievers were not addictive. As a result, healthcare providers prescribed them at greater rates, leading to widespread misuse before it became clear that opioids could be highly addictive.

The most recent Centers for Disease Control and Prevention (CDC) overdose data shows that about 68 percent of the more than 70,200 drug overdose deaths in 2017 involved prescription and illicit opioids. President Trump declared an opioid epidemic public health emergency on October 26, 2017.

Federal employees injured on the job, including Postal Service employees, can receive benefits through the DOL FECA program. The program provides compensation for lost wages, help in returning to work, medical treatment, and prescription medication.

Our analysis of FECA program data identified concerns with the level of opioid prescriptions for Postal Service employees as compared with the rest of government and nationally.

Additionally, although the CDC reported the national number of opioid prescriptions decreased from about 247 million in 2013 to about 196 million in 2017 or about 21 percent, the number of Postal Service employee opioid prescriptions declined from about 144,000 to about 132,000 or only about 9 percent. The Postal Service’s rate of decline was about 42 percent of the nationwide rate of decline.

We found the Postal Service’s Human Resources Headquarters office does not use available FECA program data to monitor trends in opioid prescriptions among its workforce. The FECA program data was only used to review employee medical and compensation cost totals for reimbursement to the DOL.

When the Postal Service does not fully utilize the DOL’s detailed information it cannot identify how many employees are filling opioid prescriptions through the FECA program, whether the rate of prescriptions is increasing or decreasing, and the number of prescriptions per employee. This data can also be used to identify specific locations, offices, or areas of the country where there may be issues.

It is critical the Postal Service monitor workforce trends in opioid prescriptions because the DOL allows physicians to prescribe opioids to new users for up to 60 days without a letter of medical necessity. This guideline is less restrictive than those of the CDC for three days or less and 25 states for seven days or less. According to a CDC study in 2017, 13.5 percent of people given an opioid prescription for eight or more days were still using them a year later. That rate climbed to 30 percent for those receiving a month-long prescription.

When the Postal Service does not use data analysis, it cannot assess and anticipate any associated workforce issues and take targeted action to help protect its employees and customers from the dangers of prescription drug addiction.

During the audit, the Vice President, Employee Resource Management, said his staff will review processes and the availability of FECA program data.

The Postal Service has not developed a comprehensive prescription drug policy and drug abuse educational program for its employees. Postal Service Handbook EL-814, Postal Employee’s Guide to Safety, November 2013, requires employees to inform their supervisors if they are taking prescription drugs that could impair their mental or physical abilities. However, it does not include supervisory guidance on effectively managing employees taking prescription drugs, including opioids. This is necessary to ensure staff do not perform activities, such as driving or working around heavy equipment, putting themselves and others at risk.

The Postal Service produced two employee communications about prescription drug abuse and addiction. The December 2017 communication was in the form of flyers that were to be displayed at Postal Service facilities. During the audit, the Postal Service initiated a second communication in the form of three nationwide employee stand-up talks to be given at over 31,000 facilities with the intent of reaching over 400,000 employees between January and March 2019. Each facility was required to certify the completion of the stand-up talks; however, no attendance data was recorded for these talks and the talks were not given at all offices.

The stand-up talks focused on the risks of abusing opioid prescriptions and promoted the availability of the Employee Assistance Program. However, the information provided did not include the Postal Service’s current policies regarding prescription drug use in the workplace and questions employees should ask their doctors when prescribed opioids.

The Postal Service could use resources from the CDC and National Safety Council to develop an annual opioid education plan for its employees. For example, the CDC has developed brochures, a podcast, and a short video designed to educate patients on the risks of taking prescribed opioids for acute pain, and the dangers of abusing these pain medications.

The National Safety Council advocates that employers who have strong drug-free workplace policies, education, health benefit programs, and well-trained managers create safe and healthy environments in which both employees and businesses thrive.