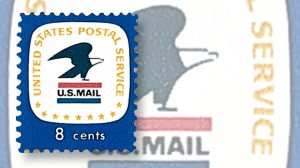 Prospects for congressional approval of major postal reform legislation have sharply increased with the approval of a bill that would boost stamp prices and require postal retirees to depend on Medicare for most medical expenses.

The action by the House Oversight Committee on July 12 does not assure enactment of the measure, but it appeared to end any suggestion that the postmaster general would once again become a presidential appointee. The committee dropped that idea, part of an earlier draft, out of what one Capitol Hill staffer told Linn’s was “concern that it would have over politicized the Postal Service.”

“We’re not there yet,” stressed House Oversight Committee chairman Jason Chaffetz, R-Utah, when his panel approved the measure on a voice vote.

The bill must win approval of the full House and the Senate, which has its own version of postal reform legislation.

But equally important, Chaffetz said, will be what the Congressional Budget Office rules will be the impact the measure has on the overall federal budget.

Chaffetz said that ruling would be critical for the bill to win approval from many House Republicans.

By requiring retired postal workers to depend on Medicare as their primary health insurance, the bill will increase that program’s costs.

But it will also greatly decrease the costs the Postal Service now has to pay for its retirees’ health care. Those retiree costs have largely created a fiscal crisis for the USPS, which has a $56.8 billion deficit in unpaid health care costs.