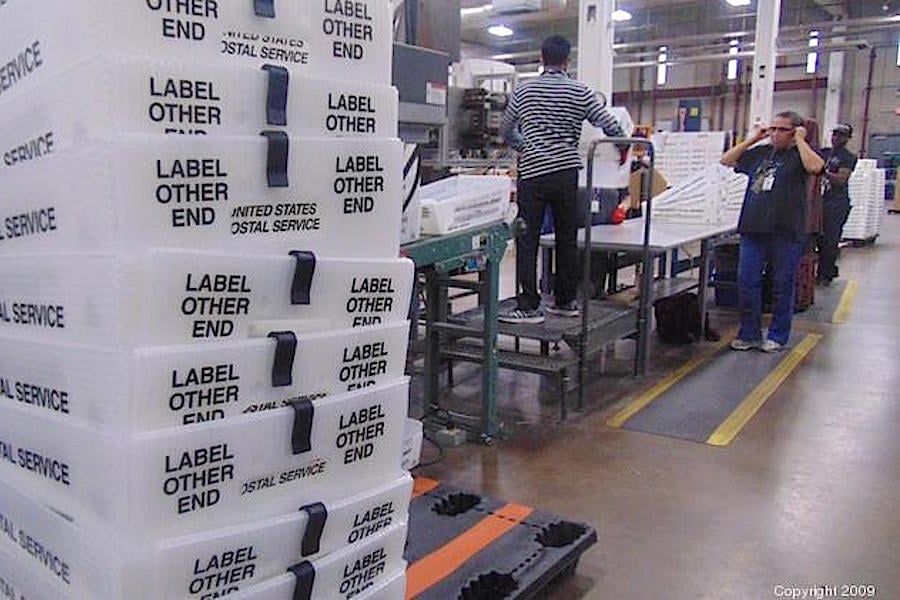 Ever wonder where plastic flat tubs come from?

The Minneapolis-St. Paul Business Journal recently went behind the scenes at a company that has produced millions of tubs for USPS.

“We believe this will be transformative for this company. It is our next best thing,” Barbara Majerus, an MDI vice president, told the newspaper.

The company — which has five locations in Minnesota and employees more than 500 people, including 260 with disabilities — expects to generate $36 million in revenue this year.