Press Release – May 5, 2016
Senator Has Heard from Nearly 500 North Dakotans who Filled Out Survey; Senator Invited Brennan to ND to Hear About Challenges Firsthand 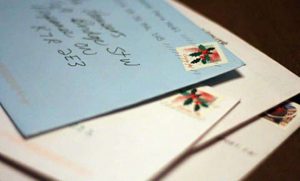 WASHINGTON, D.C. – U.S. Senator Heidi Heitkamp today announced that the U.S. Postal Service, inspired by Heitkamp’s Fix My Mail initiative and survey, is launching a new customer service program aimed at improving mail delivery and service. The program will initially pilot in North Dakota with the goal of resolving mail service problems in individual and rural communities before potentially expanding to more states.

Heitkamp will be closely monitoring ‘Your Mail Matters’ to make sure the U.S. Postal Service follows through on its efforts, remains accountable to North Dakotans, and works to resolve customer issues in a timely manner.

“For too many North Dakotans, the U.S. Postal Service is a lifeline for medication, important tax information, and keeping business and family ties strong – but for too long, that service has continued to decline,” said Heitkamp. “While today’s U.S. Postal Service initiative is aimed at rejuvenating the agency’s relationship with North Dakotans, they’ve got a lot of ties to mend, and I’ll be working to make sure this effort works effectively. Like my Fix My Mail initiative, where hundreds of North Dakotans shared their concerns with me about chronic service and mail delivery problems, responsive action to customer concerns is key. Last week I shared North Dakotans’ challenges directly with U.S. Postmaster General Brennan, and received a commitment to respond to their concerns in short order, and to visit with them about these issues in the state. It’s my hope that the U.S. Postal Service uses its ‘Your Mail Matters’ program as an opportunity to build on my Fix My Mail initiative and achieve real results for our communities.” 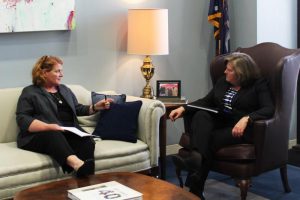 Just last week, Heitkamp met with U.S. Postmaster Megan Brennan, who committed to addressing issues relayed to Heitkamp in the survey – from chronically delayed or mixed up mail delivery, to difficulty accessing quality service at post offices – and accepted Heitkamp’s invitation to visit the state to hear firsthand about the issues North Dakotans are experiencing.

Heitkamp’s Fix My Mail initiative seeks to build momentum for the work she has already done for North Dakotans in rural communities and across the state to improve their mail service issues, including: