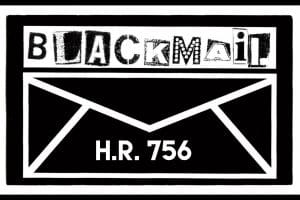 With a Republican Congress and Republican Administration, past cuts to USPS operations and Union members were threatened even further. Postal Unions had to cut some sort of deal to pay the blackmailers one way or the other in hopes they would go away. So it was agreed by all that tens of thousands of postal retirees who didn’t belong to Medicare would have to pay up to the tune of well over a hundred dollars a month. Do the math, its millions a dollars A MONTH into Medicare. What’s perplexing is that Medicare, while receiving a huge cash influx, will now become the primary payer for all these new people. How long have we heard about the financial troubles of Medicare? And now, with having to pay out who knows how much money for older individuals (a group well known to have very expensive medical costs in their older age bracket) Medicare is supposed to be better off? How long before Republicans are raising a hue and cry that Medicare benefits must be cut? Its a slippery slope and the door has been opened. Where do Postal Unions draw the line in the sand?

Now never mind that President Dimondstein’s Members First Team in the 2013 APWU National elections made promises to protect postal retiree benefits in response to former APWU President Guffey’s waffling testimony on the same in front of Congress. The Federal Government players have changed and have the Unions over a barrel. Extortion is now the name of the game. But blackmailers always come back for more. H.R. 756 is full of equivocal words like “may” “should” “possibly” as pointed out by APWU member Dan Kuralt. Try enforcing a collective bargaining agreement with such language. There are no guarantees! I can see where we have to pay up now or face terrible consequences like the threat of USPS running out of money only months from now. But you can bet the blackmailer will be back asking for more. How much more do we have to pay? When do we say enough is enough?