If you grew up in the 90’s then you’re probably familiar with the phrase “going postal”, originating from a number of work related shootings involving postal workers. While a number of other industries also experienced former employees flying off the handle and taking out their rage and aggression brought on by stressful work conditions on their former places of employment, it would seem that the United States postal service bore the brunt of this notorious reputation. Today we’ll take a look back at these cases and examine why the postal service particularly seemed to be a breeding ground for shooting rampages.

For 16 months, Patrick Sherrill worked part-time as a letter carrier in Edmond, OK. His supervisors were not impressed with Sherrill’s on-the-job performance, receiving numerous complains of misrouted mail, and made sure that he knew it. Sherrill was fed up with his perceived mistreatment and decided to take matters into his own hands.

On August 20, 1986, Sherrill filled his mail bag with three pistols and plenty of ammo. He walked directly to his supervisor, Richard Esser, and killed him in cold blood. He then walked over to another letter carrier, Mike Rockne, and shot him too, before running after a group of frantic office clerks, killing one man and injuring others. Sherrill then locked the doors and killed 11 more coworkers found hiding within the building. Before the SWAT team even had a chance to storm the entrance way, Sherrill took one of the guns and turned it on himself.

Sherrill may have been the first to take his unique brand of violence to the office, but he certainly wouldn’t be the last.

Former supervisor, Carol Ott, had accused letter carrier, Joseph Harris, of harassing her, which eventually led to his dismissal from the Ridgewood, NJ postal service. Perturbed by his dismissal, Harris decided to seek vengeance against his former supervisor. On October 9, 1991, Harris, dressed as a ninja, went to Ott’s home and murdered her with a samurai sword, then produced a gun and shot Ott’s fiance.

Harris fled the home and barricaded himself inside of his former Ridgewood, NJ postal office. Two employees arriving at the office to work overnight shifts became Harris’ next two casualties. A third worker arriving on the scene grew suspicious when he saw that the building had looked vacant. The man attempted to sneak in through a basement door and Harris began to shoot at him.

The man immediately fled to the Ridgeway police department in order to file a report. Police arrived on the scene where Harris lit a pipebomb and threw it at the officers and a four hour standoff ensued. Harris was able to be apprehended and taken into custody.

While awaiting trial for the murders at the Ott home, as well as the two postal workers shot at the Ridgeway office, investigators were able to link Harris to two previous murders by a man wearing a ninja costume. Harris was sentenced to death for the six murders, but died in prison before he could carry out his sentence. 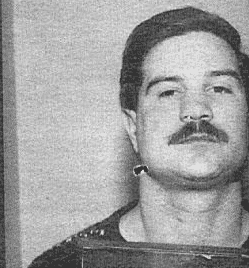 Disgruntled former Royal Oak, MI post office employee, Thomas McIlvane, walked into the office on November 15, 1991 and opened fire. He killed three workers at the office and six more were injured as they attempted to escape the building. After the six minute shooting spree came to an end, McIlvane then turned the gun on himself, causing fatal injuries. McIlvane was angry with his perceived mistreatment and eventual termination at the Royal Oak branch after he was reported for fighting with customers and indigent in his supervisors’ requests.

Again in 1993, another Michigan man entered into the garage area of the Dearborn post office and began opening fire. One man was killed during the shootout and two more were seriously injured. Jasion then killed himself before anyone had a chance to react to the carnage. Like the other cases, Jasion was reportedly angry with supervisors and their decision to give another woman a job he had set his sights on. Jasion’s supervisor, along with the woman, were among the injured.

The Michigan postal shootings sparked a widespread investigation into working conditions at post offices across the nation. The problem seemed to subside for a period, but in 2006 two more shootings occurred.

Coworkers of Jennifer San Marco noted that she had been acting strange two months prior to her attack on a Santa Barbara, CA mail sorting center, leaving six dead along with herself. Supervisors became increasingly alarmed with San Marco’s behavior, which included several occasions where she had been spotted praying in the street and talking to herself. Then, weeks later, she was spotted at a local gas station nude. Police were contacted and psychiatric help was sought for San Marco. She was also granted early retirement for her rapidly deteriorating mental state.

When San Marco walked into the sorting center and opened fire, most of the 80 employees on hand were able to flee to a local fire station across the street from the facility. San Marco was able to gain entrance to the facility by stealing another employee’s identification badge. No one is certain what exactly drove San Marco to launch the attack against the facility, but some have speculated that she was not undergoing treatment for her mental disturbances.

Later that year, a Baker City, OR man murdered and ran down a former coworker in the parking lot behind the post office branch he had been formally employed at. According to reports, Grant Gallaher shot and killed one employee at close range, then entered the office in order to shoot postmaster Michael McGuire, but was unable to locate him. Gallaher exited the building and took an on-site mail delivery vehicle. Gallaher then intentionally ran over another employee. Gallaher surrendered himself to police without further incident. He was charged with one count of murder and another count of attempted murder.

Since the Edmond, OK attack in 1986, nearly 50 people have died as a result of workplace violence orchestrated by disgruntled former employees of postal service. Since then many have often wondered it is about working for the postal service that drive people to go on shooting rampages. Some have cited the high level of on-the-job stress as a motivator for these horrific tragedies.

According to an article published in the Washington Post, mail carriers have one of the most stressful jobs. Working outdoors in harsh weather conditions, customer complaints, and unrealistic expectations from supervisors are all factors which create tension within the workplace. Many efforts have been made in order to improve working conditions and relationships between supervisors and other employees, which has had overall had a favorable impact on the attitudes of employees. In spite of the reputation, an investigation commissioned by a committee formed by the United States post office claimed that postal workers were no more prone to workplace violence than any other industry.