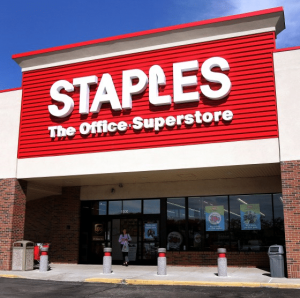 Staples said it will sue to push the deal.

Seeking to mollify the FTC’s opposition to the deal, Staples had offered to sell off or give up $1.25 billion worth of commercial contracts, a bright spot in its otherwise pressured business. To no avail.

Staples said the FTC, which earlier this month sued to block the deal, had not made a counteroffer but the retailer said it was nonetheless “still willing to continue negotiations” with the agency to come up with an acceptable solution. But it also said it was pursuing the deal “through litigation. ” An administrative trial on the deal is set to begin on May 10, 2016.