By Sue Carney – August 19, 2022
Was nice seeing my APWU family at the National Convention and being an active delegate on the floor (thank you NJSPWU). We lost a few but had some major wins:

Congratulations to Wichita on getting a much needed NBA. I hope it is filled in accordance with another resolution that passed that I mention a little further down and our president doesn’t sit on it for 3 years until the next election.

Big victory for our retirees after a long fought battle over the course of at least 12 years – maybe longer – they finally won the right to have more than 1 delegate per region seated on the floor with a voice and a vote – now permitted 1 delegate per retiree chapter – that’s an increase from 5 to up to 73. Bobby Donelson, Paul James Browning, Byron Denton, Al LaBreque should be applauded for their persistence (only wish Al was still with us so he could see the fruits of his labor); Nancy Olumekor, Director of Retirees should be praised for her support and the delegates who recognized the value of retirees based on their contributions, institutional knowledge, wisdom and desire to remain active as opposed to their dues dollars should be appreciated. Without the joint efforts of all mentioned this victory would not have been achieved.

The delegates also resoundingly rejected President Dimondstein’s ‘we will judge DeJoy based on his actions’ in the future regarding any effort to actively seek his removal as PMG now. The delegates rejected Dimondstein’s wait and see mentality having read the PMG’s 10 year plan to dismantle and privatize the postal service; having witnessed our service standards to our communities plummet; knowing he and his wife have vested financial interests with our competitors; having experienced his hostile workplace policies and his inaction to stop rampant manager abuse; having threats of excessing hang over their heads; watching him lay the ground work in an effort to justify post office closures, consolidations and the termination of 50,000 career positions.

It seemed to me based on Mark’s remarks that he’d rather take on closures, consolidations and excessing on a case by case basis rather than stopping it where it starts. It seems he’d rather hope the PMG becomes agreeable to restoring service standards rather than mandating their return now, especially when he had the opportunity to do so while the PSRA of 2022 was being constructed but settled for a we’ll see.

Thankfully the vast majority of our APWU delegates stood united with very little opposition mandating the APWU take action now to remove DeJoy. The delegates also mandated a letter be issued to the public and legislators within 30 days detailing how DeJoy is responsible for the erosion of our postal service standards; how employees remain committed to their communities; demanding the restoration of service standards, and calling for his removal.

Imo this is one of the major differences between our presidential candidates – Dimondstein and his challenger John L Marcotte. It appears Mark thinks he can negotiate with the devil and persuade him to recoil – even with the passage of Postal Reform of 2022 he and our Legislative & Political Director only obtained a passive yeah we will look at service standards with no guarantees of restoring them. And what good is getting one of our own appointed to the Board of Governors when he (Mark’s recommended appointee) stands down citing Destroy’s 10 year plan isn’t all bad while he’s actively taking a meat ax to the People’s Post Office and he’s coming after our members’ jobs!

While Marcotte on the other hand has stood strong and unwavering all along calling for the removal of DeJoy because of his actions on his ongoing plans. He didn’t need the raised voices of our delegates to read the writing on the wall. In the end the delegates took decisive action to correct our path and overwhelmingly spoke on behalf of our members demanding APWU take all measures to Dump DeJoy now.

Another necessary win in my view was mandating any vacant position be filled or if deemed no longer necessary abolished within 90 days… one example of the need to pass this resolution was recently highlighted by the failure of our president to fill the Human Relations Director position after I retired on 2/29/2020.

He allowed it to lay vacant for 26 months during the pandemic-notably the most dangerous, life-threatening time our members and coworkers faced collectively only to fill it 5 weeks prior to the opening of our election period. Clearly the delegates agreed that our membership shouldn’t go without needed representation based on the will of one individual especially imo for the sake of saving a buck, election strategy or political favor.

Ironically he had previously argued in his own defense before the Executive Board and the NPC that he didn’t think the position was necessary and stated he was still weighing his decision some 18 months later whether to fill it or not – in all it took him 26 months to fill the void.

As a side note – ironically it seems now that our election is underway he plans to create as many as 23 APWU OWCP advocates in the field as I was informed by some being considered (a campaign promise he made in 2019 but never fulfilled albeit 10; so here we go again) Something btw I was never permitted to act under any president bc of liability concerns on when our CBL granted 5 and later was changed to open-ended).

I guess I should be flattered it’s taking up to 23 APWU OWCP representatives (1972) to replace me and another 5 officers or staff to cover veterans issues (2002) EAP (1985), Postal Employees Relief Fund (1990) and the APWU Hardship Fund (2002), EEO (1972) and civil and human rights issues (1972) all duties that have fallen under the responsibility of the Human Relations Director since the year cited in parenthesis – so I’m just wondering what we are paying the new Human Relations Director to do if Debby is still doing EAP, Ed and up to 23 others are covering OWCP, Mike is covering veteran issues, Annette is handling PERF, and Judy and Liz are our main points of contact for civil and human rights issues with the AFL-CIO. Not sure who is handling our hardship fund but Daleo mentioned nothing about it when Mark was questioning from the dais how to disseminate the money collected from delegates for KY and TN members impacted by the recent floods.

Overall it was a good convention, several good speakers, a great family reunion. Special thanks to the APWU employees for ensuring it went smoothly. Happy to be home. 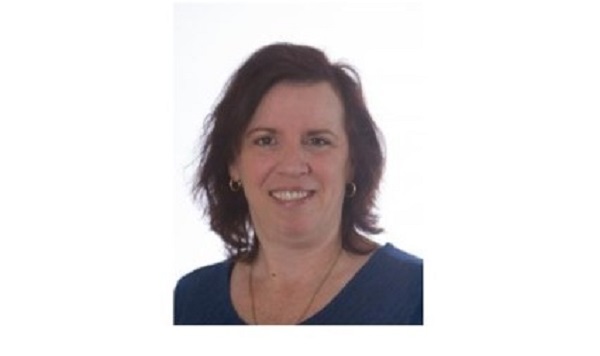